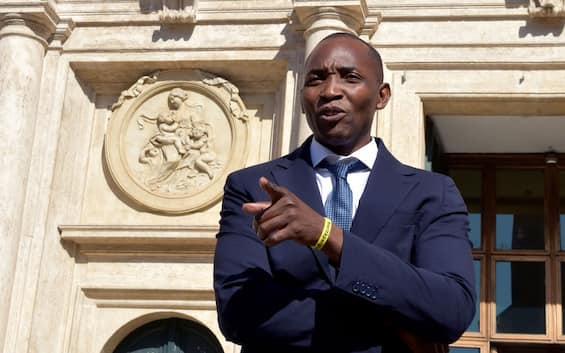 During the reply, the new prime minister turned to the parliamentarian of the Italian Left and Verdi, calling him ‘you’ by mistake. The deputy: “During slavery and colonization, blacks did not have the right to you”

The new Prime Minister, during the reply, which preceded the explanations of vote, addresses the parliamentarian Soumahoro, calling him you. An intervention already born with the wrong foot, since Meloni, at first, mispronounces his surname. Then he turns to the deputy of the Green and Left Alliance: “To my colleague Soumahoro I want to say that we all feel like students of history, you know? Otherwise we would be ignorant of the present”. of you to no one. Ah, it was the sai? You are right, my mistake, calm down … It happens in life to make a mistake, the important thing is to recognize it and apologize “.

Soumahoro’s connection to the passage of the programmatic speech

The Honorable Soumahoro promptly replied: “Since President Meloni is also a ‘student of history’, paraphrasing Gramsci, you will remember that during slavery and colonization the ‘blacks’ did not have the right to ‘you’, which was reserved for what used to be called ‘superior civilization’. But perhaps when an underdog meets an under-underdog it is natural to call you “. Soumahoro got hooked on the passage of the programmatic speech in which the Prime Minister defined herself as an underdog, an English expression used to indicate who is considered underprivileged by the forecasts.

The Constitution founded on the values ​​of equality

“In any case, since he gave me the tu – continued Soumahoro – even in contravention of the institutional rules, I hope this can be prodromal to a personal confrontation on issues that are mutually important to us”. The parliamentarian therefore accepted the apology, but did not hide her disappointment: “I called her her. She too had to do the same with me.” And he concluded: “Remember that the Constitution is founded on the values ​​of equality and social justice”.