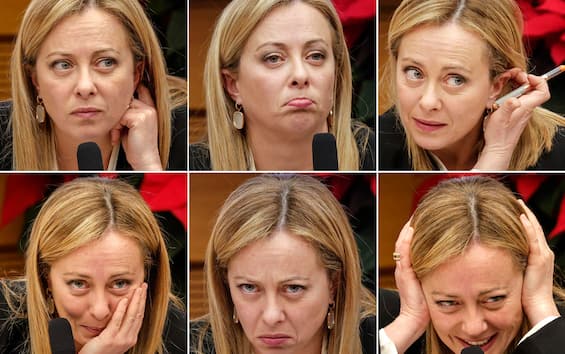 Three hours. The prime minister’s end-of-year press conference lasted that long. “Like Telethon”, she joked. But there was no shortage of interesting ideas

Interesting insights from Giorgia Meloni’s end-of-year press conference. The future of government: five years, full term. “The entire majority wants to achieve the goal, the climate in the executive is excellent. Different views are normal but in the end we approved the maneuver in an hour”. It is not clear whether it is a good thing or not: not the budget law, but the fact of approving it in an hour. We asked him about the legacy he wants to leave, given that something will have to remain in such an important time horizon. He replies that he wants to leave courage and optimism. Just to say it takes both. And there is also realism though. “I know I might not be re-elected,” she says. There follows a statement that were true – yes – that – would be revolutionary: “Italians must know that we will not do anything that we do not deem right for the country”. That might actually be enough.

Meloni also says something else, this time answering not about the future, but about what has been done so far: “Everything the government has done is right-wing, otherwise I would have opposed it”. Raised in the syllogism as we are, here it is: “We will only do the right things for the Italians, we will only do right-wing things”. So the right things are right. The left opposition could say something, but think and ask for the resignation of the president of the Senate who remembers his fascist father. Meloni is fed up with the topic and it shows.

From the Iran issue to Qatargate

Other interesting moments: the question and tone of the Tass journalist, the answer and tone of the Prime Minister. The threat to Iran that if it continues to crack down on protests and suppress people, Rome will stop talking to Tehran. Qatargate is not the work of the Italians, if anything it is the work of the socialists. Presidential reform is a priority. “I’m open about the formula and about the different more or less involving paths: from the bicameral to a government bill, but don’t make fun of me because I notice it”.

Three hours. Like Telethon, jokes the president. Don’t tell her again that he doesn’t answer questions.