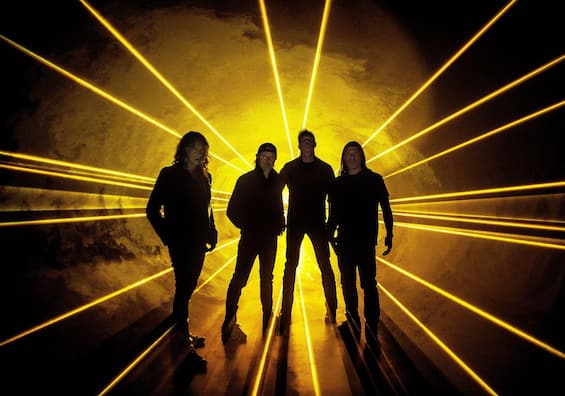 THE Metallica have confirmed the title and release date of their twelfth studio album: 72 Seasons which will be available from April 14, 2023 via Blackened Recordings. Produced by Greg Fidelman with Hetfield and Ulrich, 72 Seasons consists of 12 tracks (over 77 minutes in duration), and is the new unreleased album by Metallica after Hardwired…To Self-Destruct of 2016. The album will be released in different formats, by pre-ordering the yellow colored double vinyl from official store of Universal Music Italia, by Tuesday 29 November at 23:59, you can get early access to purchase tickets for the 2023/24 tour dates.

The announcement of 72 Seasons comes with the first single Lux Æternawhich distills 40 years of Metallica into three and a half minutes. Lux Æterna is already available in streaming and download and instant track with the pre-order album. The release of the single is accompanied by the video, directed by Tim Saccenti. Speaking about the concept of the album title, James Hetfield said: “72 seasons. The first 18 years of our life that form our true or false selves. The concept that we are told ‘who we are’ by our parents. A possible labeling on what kind of personality we are. I think the most interesting part of all of this is the ongoing study of these core beliefs and how they affect our perception of the world today. Much of our adult experience is a recollection or reaction to these childhood experiences. Prisoners of childhood or free from those chains that we carry with us”.

Shadows Follow
Screaming Suicide
Sleepwalk My Life Away
You Must Burn!
Lux Æterna
Crown of barbed wire
chasing light
If Darkness Had a Son
Too Far Gone?
Room of Mirrors
In love

Also announced are all of Metallica’s 2023 and 2024 shows worldwide, Metallica’s M72 World Tour will see the band play two nights in each city visited, with two completely different setlists and support lineups. At the moment, Italy is not planned.