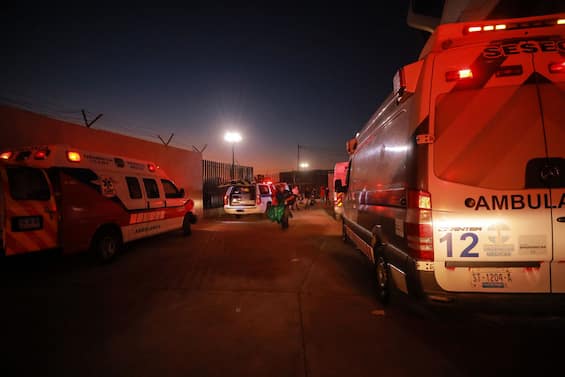 At least 12 people were killed in an armed attack inside a bar in Irapuato, Guanajuato state in central Mexico. The municipal government reports. In a statement, local authorities “confirmed the deaths of six men and six women” and three people injured without specifying the identity of the attackers or the motive.

According to an initial reconstruction, around 20 yesterday a group of armed people entered the room and opened fire on the people inside. The citizen security office specified that it had received a warning of gunshots at 19.51. Officers ran into the bar and confirmed the deaths of six men and six women. The authorities explained that the search for the perpetrators had begun. For some years now, the state of Guanajuato has become one of the places with the highest rates of violence, marked by the disputes between the Santa Rosa de Lima and Jalisco Nueva Generación groups, which have left a long trail of massacres and attacks

Guanajuato has been the Mexican state with the most murders since 2018 and nine out of ten are linked to the war between organized criminal groups for control of the territory. 2,115 people were killed between January and August, 10.2% of the total number of homicide victims across the country over the same period. In 2021 Mexico recorded 33,308 homicides, after the two most violent years in its history, under the presidency of Andres Manuel Lopez Obrador, with 34,690 victims in 2019 and 34,554 in 2020.