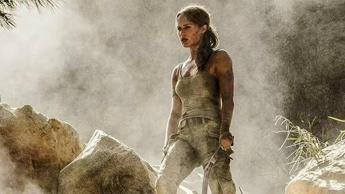 The film rights of the video game tomb Raider are currently looking for a new keeper, after the colossus MGM failed to start production of a new sequel to the adventures of Lara Croft. MGM had until May of this year to approve the production of a new feature film dedicated to the explorer, but having passed the time now the rights to tomb Raider for cinema they may be acquired by another major. Meanwhile, they returned to GK Films, which bought them from Square Enix in 2011 and produced the 2018 film based on the 2013 game. The film did not do very well at the box office, grossing 275 million at the box office worldwide. GK Films is considering offers from other production companies. The news follows in a few months the sale of the franchise also in the world of video games, passed from Square Enix to Embracer together with the entire catalog of Crystal Dynamics, Eidos Montreal and Square Enix Montreal for 300 million dollars. Crystal Dynamics is already working on a new game in the series, based on Unreal Engine 5.