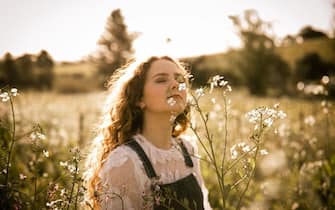 Daniah De Villiers plays the role of Mia Owen, the protagonist of the film. The very young actress, born in 2003 in Cape Town in South Africa, also starred in “Nul is nie niks nie” (2017) and “Dating Game Killer” (2017).

Mélanie Laurent as Alice Ownen. She is an actress and singer, she becomes internationally known thanks to Quentin Tarantino who chooses her for the role of the protagonist of “Inglourious Basterds”, 2009, in the role of Shoshanna Dreyfus.

Langley Kirkwood plays John Owen. English actor and athlete achieved success in 2003 with the film “Red Water – Terror under water”. Throughout his career he has acted on the big and small screen participating in successful series such as “Black Sails” and “Outcasts”.

Ryan Mac Lennan played the role of Mick Owen. Very young actor who made his debut on the set of “Mia and the White Lion”.

Lionel Newton as Kevin. He is mainly known for having starred in films such as “Last Days of American Crime”, “In my country”, “Forgiveness” and many others.

“Mia and the White Lion”, discovering the film

Lillian Dube played Jodie. She is an actress and radio speaker, she is well known for having worked in many successful South African films and TV series.

Brandon Auret as Dirk. He achieved success in 1998 and is best known for having starred in “District 9”, “Elysium”, “Samson” and “Rogue”.