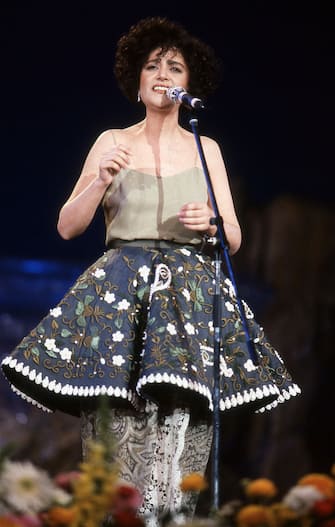 Mia Martini was born on September 20, 1947, born Domenica Rita Adriana Bertè. The singer is one of the greatest icons of Italian music

Mia Martini made her debut in 1963 with You can’t forget my kisses / Away from the rest of the world. The singer uses the name Mimi Bertè until the early 70s

Mara Maionchi, from Tiziano Ferro to Gianna Nannini: all the singers he discovered

The first album released by Mia Martini is Over the hillreleased in 1971. The work immediately gained excellent acclaim launching the artist’s career

Mia Martini 26 years after her death, between myth and mystery

In 1970 the artist achieved extraordinary success, establishing himself definitively as one of the most loved Italian artists

25 years since the death of Mia Martini: the most beautiful phrases of her songs

Among the most famous songs we find Little man, Lonely woman, Minuet and At least you in the universe

Sanremo: Tiziano Ferro sings Mia Martini, out of place and cries: “I didn’t make it a bit”

Mia Martini represents Italy twice at the Eurovision Song Contest: the first in 1977 with Free and the second in 1992 with Rhapsody

In total, my Martini participates in the Sanremo Festival five times, the last in 1993 with the song We are how we are in duet with Loredana Bertè

Sanremo 2019, Loredana Bertè: “I wanted to win for my sister Mimì”

25 years since the death of Mia Martini: the most beautiful phrases of her songs