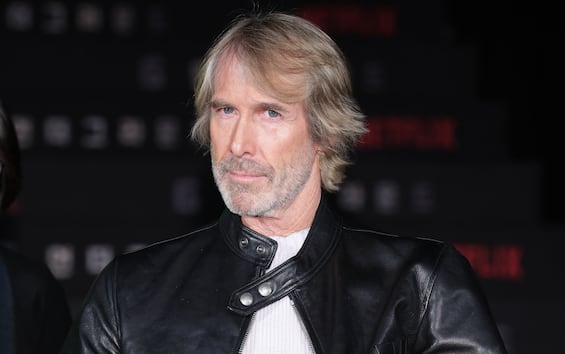 Michael Bay is accused of animal abuse: the famous American director (director of transformersamong others) is at the center of a legal case for his film for Netflix filmed in Florence, 6 Underground (released in 2019).
He is accused of having dozens of pigeons thrown numerous times at a scene car, used to shoot a sequence in which the driver loses visibility due to birds.
We are only now learning of the accusation against Bay regarding the alleged abuse of animals, even if the film dates back to 2019 and the “offending” shooting took place in the summer of 2018.
The filmmaker is also accused of having caused the death of a pigeon, but in a different context (as we will see in detail in the next paragraphs).

The role of some of the film’s collaborators will have to be established 6 Underground, including Edoardo Martino, the partner of the zoo who supplied the birds; Costei Padurariu, an employee of Michael Bay; Giancarlo Alpini, a pigeon fan.
The ongoing investigations will have to ascertain whether the director and the aforementioned collaborators have jeopardized the safety and well-being of the birds, which are a protected species in Italy.
Bay was reported by a municipal police officer who allegedly saw the filming on the set from his office window.

The facts date back to August 2018

Although the news of the complaint has only emerged in these hours, the facts date back to August 2018. A sports car had to speed along the streets of Florence at high speed, due to script requirements. About 40 pigeons would have been used to hinder the driving of the film’s protagonist (a character played by actor Ryan Raynolds), so that they threw themselves against the windshield.
According to the prosecution of the Florentine prosecutor Christine Fumia Von Borries, the birds were “thrown violently” against the car. The reason why, presumably, the birds were thrown forcefully is because, by making them fly free, they certainly would not have hit the windshield.
The defendants “subjected cruelly and needlessly around 40 pigeons to torture and unbearable behavior due to their ethological characteristics”, claims the indictment.
The event would not have occurred just once but “at each passage of the car, given that the scene was repeated 6/7 times”, as stated in the legal documents filed by the prosecution.

The pigeon that died during filming

In addition to the pigeons that maybe were abused on set (we use the maybe because until justice takes its course you can’t be sure how things went), there is another pigeon that died during the shooting of the same film.
For now it is not clear whether the animal was used for the scenes or not. The animal was flying when it was hit by a dolly, the special dolly used to move the camera. As revealed by a source to the American magazine The Wrap, the animal would have died on impact. But the director categorically denies these allegations.

The director defends himself: “Never hurt an animal in his thirty-year career”

The news was published exclusively a few hours ago in the American magazine The Wrap, who reported the words of a source close to the production. The insider revealed what happened on the set of the film 6 Undergroundhowever the director Michael Bay immediately defended himself, emphasizing how in thirty years of honorable career he has never hurt or mistreated an animal, including this time.
Now the investigations must clarify whether the birds have suffered trauma and, if so, what they would be. All the animals provided by the Grunwald Zoo in Anguillara Sabazia (Rome) are alive. However, as reported by the Corriere della Sera, according to the indictment, the birds “suffered a very strong impact against their bodies, rotated on themselves, lost numerous feathers”. In addition, a vet would not have been present on the set.

These accusations are denied by director Michael Bay’s lawyer, Fabrizio Siggia, who states: “An important, I would say monumental, production takes all the necessary precautions in these cases. As a convinced animal rights defender, Bay complied with all the rules of the case”.

The director addressed directly to The Wrap to point out: “In thirty years of career I have never hurt an animal”. And he denies that the pigeon hit by the dolly is dead.
The prosecution offered Bay to settle the case by paying a fine, however the filmmaker refused to do so as he does not intend to plead guilty, which would be implied if he ultimately pays the fine.

Meanwhile up variety are exclusively reported in the words of Bay who defines the news relating to the killing of the pigeon “false, reckless and defamatory” and claims that he has never been accused of killing an animal.
In a legal letter, obtained by varietyBay’s attorney requests a retraction or correction by The Wrap.

The director’s attorney, Mathew Rosengart, says the article by The Wrap claims Bay was “accused” of “killing a pigeon” in connection with the film he directed. “These claims are simply wrong; they are also harmful,” writes Rosengart.

Bay lashes out at the information released by The Wrap

The Wrap reported that the director was facing allegations in Italy related to the killing of a pigeon on the Rome set of the Netflix film. The report quoted a production insider as saying that a carrier pigeon was allegedly killed by a camera dolly during takes, and since Bay was the director, he was believed to be responsible for the incident.
Pigeons are a protected species in Italy: our country has a national law which makes it illegal to harm, kill or capture any wild bird.

Bay told The Wrap who will not go into detail as the matter is an ongoing court case, but said he had rejected the option of settling for a small fine with the Italian authorities, saying: “I would not plead guilty to harming an animal.”

The director has categorically denied the claims. “I’m a well-known animal lover and a huge animal activist,” he said in a statement to The Wrap. “No animals involved in the production were injured or harmed. Or any other production I’ve worked on in the last 30 years.”
Bay’s attorney Rosengart says before publishing the story, The Wrap he had been made aware of “video evidence refuting these allegations and showing that at no time were any animals harmed, let alone ‘killed'”.

The lawyer states that the only “charge” in Italy “concerns whether, in his capacity as director of the film, Mr. Bay did not adequately supervise the members of the crew (which he did not even have the possibility to hire) responsible for handling the animals on the set”.

Below is the full text of the letter from Michael Bay’s attorney.

“I am counsel to Michael Bay and I am writing regarding your and yours and yours false, reckless and defamatory false headline and The Wrap alleging that Michael Bay had been accused of ‘killing a pigeon’ in connection with a film he directed. These claims are simply wrong; they are also harmful. As you know, Mr. Bay has never been ‘accused’ of ‘killing’ an animal. Indeed, prior to publication, you were made aware of the existence of video evidence refuting these allegations and showing that at no time were any animals harmed, let alone ‘killed’. Furthermore, as you also know (but have not published), the only controversial ‘charge’ in Italy concerns the fact that, in his capacity as director of the film, Mr. Bay did not adequately supervise the members of the crew (which he had not not even the possibility of hiring himself) responsible for handling animals on set. That charge has been vigorously defended—and indeed, Mr. Bay feels so determined that, to his credit, he has refused to settle the case with the fine in his name that has been proposed by the authorities to settle it. What makes your story even more egregious is that you were expressly told, and therefore knew, that the headline was false because Mr. Bay did not ‘kill’ an animal and was not accused of any such thing. Evidently, you also failed to properly investigate the matter by obtaining the actual allegation or questioning the authorities or others who could have provided the facts. Instead, you followed up with your story, with a false and misleading ‘clickbait’ headline, demonstrating genuine malice and reckless disregard for the truth. Your story is particularly damning and malicious because, contrary to its implications, Michael Bay is an animal rights activist; he passionately loves animals, as evidenced by his resume. As a result of your story, however, his name is now associated with ‘killing’ or ‘murdering’ an animal, connoting intent. He is then unjustly maligned and attacked. In fact, there are now numerous articles and countless social media images associating Mr. Bay with ‘killings’ or ‘murderers’, which have gone around the world. Your story is therefore extremely damaging to Mr. Bay personally and professionally (he has publicly discussed his love of animals and his desire to make a film about rescuing African elephants, another fact you had notice of but ignored ) and tarnished his reputation as someone who fiercely supports animals, financially and otherwise, causing him extreme distress. All of this exposes you and The Wrap to substantial monetary damages. See, for example, Ringler Associates Inc. v. Maryland Cas. Co., 80 Cal. App. 4th 1165, 1181 (2000); see also Milkovich v. Lorain Journal Co., 497 US 1, 19 (1990 ); White v. Fraternal Order of Police, 909 F.2d 512, 518 (DC Cir. 1990). Kapellas v. Kofman, 1 Ca1.3d 20, 33, 81 Cal.Rptr. 360 (1969) (the defendant replies ‘for what is insinuated as well as for what is explicitly stated’). In light of the foregoing, and other facts and evidence, on behalf of Mr. Bay, we hereby request an immediate retraction or correction of your story.”