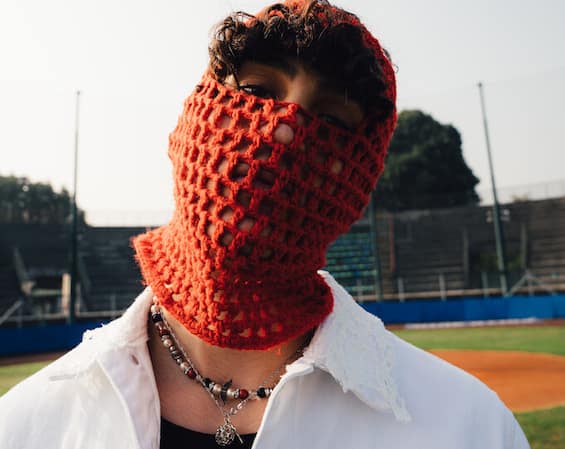 It’s one of my favorite love pieces I’ve written. It’s the song I decided to bring to Sanremo Giovani and it’s the first one I thought of for this list. Malditè talks about a sweet toxic relationship. Two adjectives that seem to cancel each other out and instead there is a certain sweetness in hurting each other, in a time when the toxicity of a relationship has become a paradigm that is almost normal and that leads us to seek more and more justifications for accepting certain attitudes . The song was also a challenge for me for her performance: I don’t think I’ve ever put so much effort into singing to be able to make it better.

One of my favorite love pieces. Talk about an absolute, exclusive love where the other person is the only thing you can see.

The sky in a room – GINO PAOLI

I could not fail to insert an eternal classic, Il cielo in una stanza naturally in the version by Gino Paoli. Not that Mina’s isn’t equally incredible, but I think the songs should also be listened to in the version of the original authors, in their interpretation. It’s a song that’s nice to listen to especially when you’re starting a new relationship.

Another Italian classic, I often sing to my girlfriend, is kind of our song and so I’m happy to share it.

This is what falling in love feels like – JVKE

I think he’s one of the rising stars of world pop. The piece reconstructs all the various phases, describing them, of love, of the process of falling in love. The thing I find brilliant is that the sounds exactly reflect the vibes you feel.

I give myself mas bonito – LA ROSS MARIA

In this list I wanted to include one of my Latin American favorites. I’m half Italian, half Venezuelan and I wanted to insert a piece that also spoke of my origins. It marked me a lot in the past year, the piece sends a beautiful message, that of treating the person next to you well and who only has eyes for you, a simple but important concept.

Glimpse of us – JOJI

This is one of the pieces – perhaps THE piece – that struck me the most. In my Spotify wrapped it turns out that this year it’s the piece I’ve listened to the most, 300 or 400 times, on loop. It speaks of an incredible story, of a unique sensation which is that of seeking a glow in someone’s gaze, something that belonged to the person you lost. It’s a very melancholy track.

Die for you – JOJI

Another song by Joji, for me it’s half a genius, one of the new exponents of world pop that I respect the most. In the piece the artist addresses an ex-girlfriend, a dialogue in which the artist wishes the best to his ex-partner, despite everything that has happened. I relate a lot to this text.

I think it’s one of the strongest Soul / rnb pieces to come out in the last decade, I don’t think I’m exaggerating. Talk about the anniversary day of a relationship breakup. I’ve always thought I wanted to write a piece like this, when I found out that someone had already done it I became very fond of it.