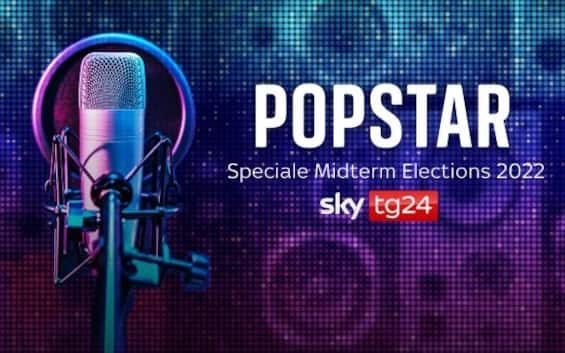 Change is possible, you just need to want it. How? Expressing their preference on 8 November. This is the starting point for the unanimous commitment of pop stars for the mid-term elections, which have never been more crucial than this year for the involvement and participation of young people.

And if Lizzo from the stage of his “The Special Tour” talks to his fans about the importance of these elections, even if they are not for the president, Harry Styles breaks a record: in partnership with HeadCount.Org, one of the many associations that invite young people to vote, the former leader of the One Direction managed to register more than 54 thousand new voters. With this number, the singer of As It Was was instrumental in the organization’s campaign. But how did he manage to convince more than 54,000 fans of him? Offering the chance to win travel and tickets to his “Harryween” concert in Los Angeles.

From Billie Eilish to Olivia Rodrigo: all the pop stars, together, for the vote

Music that unites, music that involves, music that invites you to vote: never before has the role of pop stars been so important, almost fundamental, in sending clear messages to the younger generations. But also to the so-called underrepresented groups, those categories that are not represented and involved in the electoral process. Only with participation can the change from ideal to real be transformed, says Billie Eilish, echoed by Ariana Grande. But also Olivia Rodrigo, a young music prodigy, whom Joe Biden wanted at the White House.

Last, but not least, John Legend, who has never hidden his commitment to politics and his support for Barack Obama. “These elections are very important, go and vote”, thunders the artist on his social profiles, where he smiles together with the former president.

“Your voice, your power, your vote”, says a slogan of a record company which, together with many other realities, invites citizens to be protagonists of these midterm elections. The important thing is to make a choice because, as Patti Smith sings, “people have the power”.