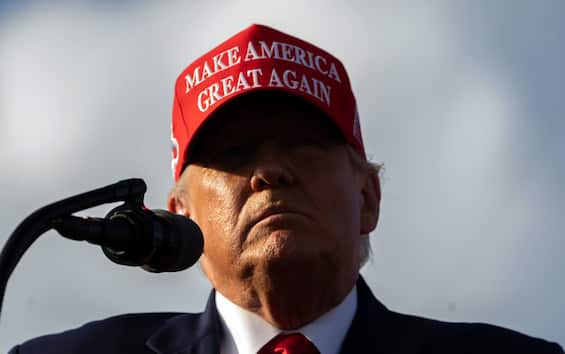 The narrative that tells the great success of Ron DeSantis, reconfirmed by acclamation as governor of Florida, takes place on two tracks: on the one hand the undisputed success of the 44-year-old republican of Avellino origins and on the other the fury of Donald Trump who, at the beyond the ostentatious optimism on social media, he has already threatened to pull out the skeletons in his rival’s closet. Because this result in the mid-term vote represents for DeSantis a downhill race for the White House and marks a sharper and more marked rivalry between the two aspiring next presidents of the United States of America. This opposition also triggers doubts and discontent in the Republican party towards the tycoon, who risks being torpedoed for the 2024 presidential elections by a version 2.0 or “more intelligent”, some analysts say (FOLLOW THE SPECIAL MIDTERM ELECTIONS).

The rush to the White House

“It’s a historic victory. We’ve rewritten the political map of the United States,” the governor told a cheering crowd of supporters after crushing Democrat Charlie Christ by nineteen points. A Yale graduate, a master’s degree in law from Harvard, a former Seal in Iraq, in recent months DeSantis has become the benchmark of an extreme conservatism, which inspires more confidence than Trump’s uncontrollable and incendiary one. “If he runs, I’ll say things that aren’t nice about him. I know him more than anyone else, maybe more than his wife,” thundered the tycoon. But a possible mudstorm against the governor may not be enough for the former president to regain the confidence of his party which is beginning to doubt its electoral appeal. According to what was revealed by one of his advisors, the tycoon would be “livid” and, since Tuesday night, “he is screaming against everything and everyone”. Despite the situation, however, Trump should go straight and still launch his candidacy on November 15 from Mar-a-Lago because “it would be too humiliating for him to postpone it”.