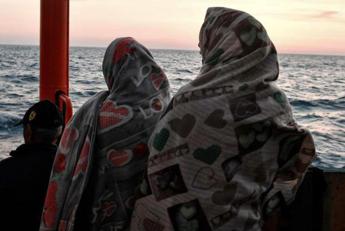 Dossier of the Interior Ministry: 53.2%, arrived with autonomous landings. Asylum applications increased by 76.4%


As for the legal access channels, four people arrived for resettlement, 977 through humanitarian corridors, 185 following humanitarian evacuations and 5,544 with Operation Aquila from Afghanistan. Also in the last eight months, there have been 3,955 repatriations.

” In this period we record an increase in migratory flows and the commitment on the part of those who work at sea is considerable ”, said Interior Minister Luciana Lamorgese during the streaming link from the Viminale with the patrol boat of the Gdf P02 Monte Cimone working in the Lampedusa area. ” In Lampedusa we had a meeting to try to address together with the local authorities the immigration problem that the island experiences more than other realities because the arrivals, especially the autonomous ones, fill the hot spot with presences that go even further as many as possible. And this is why we are all committed to trying to make transfers in the area easier and free the center and make the situation manageable ”, she added.