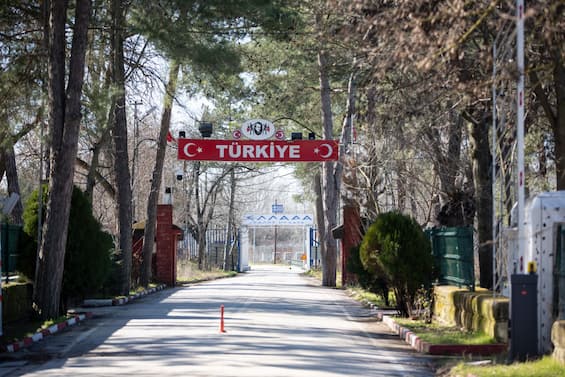 Ninety-two migrants, naked and injured, were found on the border between Greece and Turkey by the Greek authorities. According to their first statements, they were transported to the border by three Turkish army vehicles and forced to cross the Evros River from Turkey to Greece. A reconstruction that, however, was firmly denied by Ankara. The Turkish presidency has published a series of messages on social networks (in English, Greek and Turkish) in which it has returned each accusation to the sender.

Migrants of Syrian and Afghan origin

Paulina Bakula, spokeswoman for the European agency responsible for the surveillance of external borders, Frontex, confirmed the inhumane conditions in which migrants were concerned: “Our agents reported that the migrants were found without clothing and that some of them they had visible wounds “. Most of the migrants, mainly of Syrian and Afghan origin, confirmed to Frontex agents that they had been transferred by the Turkish military.

The photos circulated on social media have aroused indignant reactions throughout the world. Starting with the United Nations, which underlined the “profound bewilderment” in front of the images. While the Minister of Civil Protection of the Athens government, Takis Theodorikakos, spoke of an inhumane spectacle. The result was a question and answer between Turkey and Greece. The executive of the latter did not hesitate to point the finger at Turkey, saying that it would be its military to force the migrants to remain naked. The reply from Ankara was not long in coming: “We call on Greece to renounce its inhuman attitude towards refugees as soon as possible, to put an end to the false and unsubstantiated claims against us”, declared the head of communication of the presidency of Turkey, Fahrettin Altun.

UNHCR has called for a thorough investigation into the matter

It is not the first time that Greece has been accused by non-governmental organizations and journalistic investigations of having illegally returned groups of migrants to Turkey, even in a violent way. It is even suspected that some of them were voluntarily abandoned on rubber boats in Turkish territorial waters. Frontex itself is under investigation, after the publication of a report by the European Anti-Fraud Office criticizing the behavior of some officials of the agency, accused of having hidden the illegal returns of migrants from Greece to Turkey. The United Nations High Commissioner for Refugees (UNHCR) has condemned what it called “inhuman and degrading methods” and called for a thorough investigation into the matter.

The migrants are in Feres

The group immediately received clothes, food and first aid, and was held in the police station and border guard in Feres. In the next few days they are expected to be transferred to the Fylakio Reception and Identification Center near Orestiada, the northernmost city in Greece, where UNHCR officials hope to speak with them.