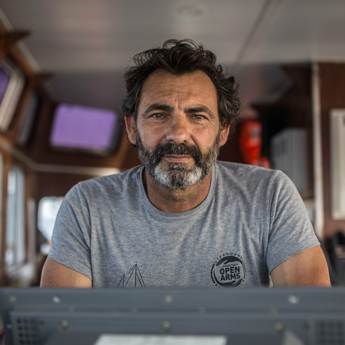 The founder of Open Arms calls the measures of the Meloni government “populist”. And on the Frontex report that speaks of NGOs as a “pull factor” he replies: “Theory is denied. Libya blackmails the EU”

“Populist devices“which serve to” perpetuate it stigma“towards the ong. Oscar Campsfounder of Open Arms, thus boils down the hard line of the Meloni government with the fines envisaged for NGOs that do not comply with any bans such as those signed for Humanity1 and Geo Barents. The two humanitarian ships remain moored in Catania, after only a part of the castaways on board have been allowed to disembark. “The governments prior to this have all agreed to keep the Salvinian security decrees as they were – Camps tells Adnkronos -, making only a few changes that certainly did not improve the situation. The fines they were lowered from 1 million to 50 thousand euros and their applicability was then introduced in the presence of a criminal offense “.


The fines, however, do not scare the founder of the NGO. “We have no fear of receiving one – he warns – because what we do is save lives and save lives, in no case can it be considered a crime. The decrees amended by progressive governments indicate that the crime occurs if the humanitarian ships do not have informed the competent authorities of the rescue operations carried out, which, on the other hand, always happens and in real time from the first moment. They are only populist devices that have no legal basis only useful to perpetuate the stigma against us “, underlines Camps .

A confidential document of Frontexrelating to the period 1 January-18 May 2021, returns to talk about ong as a pull factor. “The presence of NGO ships, especially in navigation between Zuara and Zawiya, continues to be an additional factor of attraction” for migrants who leave Libya to reach Italy, explains the report that Adnkronos was able to view. “The pull factor issue has been denied by any research institute, first of all Ispi – Camps replies -. It has been amply demonstrated that there is no link between departures and the presence of humanitarian ships at sea “. For the founder of Open Arms, if anything,” the most important factor to take into consideration “when it comes to migratory flows to Europe are” the extreme conditions political instability of Libyathe war currently underway between armed gangs and, last but not least, the Libyans’ intention to open or close the cordons of departures according to the convenience of the moment. “Flows as a weapon of blackmail, in short.” When you make deals with armed militias – warns the founder of the NGO -, you immediately become blackmailed and that’s exactly what they do: blackmail Europe using the life of vulnerable people as a currency “. (by Rossana Lo Castro)