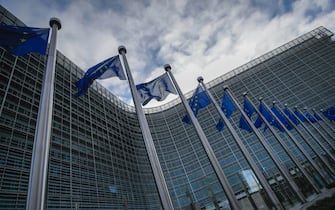 The ministers of the interior of the countries of the European Union have reached a first chord for the voluntary redistribution of arriving migrants by seawith the aim of relieving the burden on the usual first landing points: Italy, Greece, Spain, Malta and Cyprus

There relocation of asylum seekers is voluntarybut those who refuse to participate are obliged to offer a direct financial support to the countries of first arrival. At the moment they are twelve the states that agreed to relocate but “the overwhelming majority” approved the agreement

In the next few days they will meet the European Commission and the French Presidency of the Council to develop the solidarity platform and set the numberson an annual basis, of how many can be redistributed

According to some advances it will be ten thousand asylum seekers. Numbers that the French Minister of the Interior, Gerald Darmanindid not want to confirm at the press conference at the end of the Interior Council in Luxembourg because they have not yet been decided

The solidarity principle it is a battle that the southern states have been insisting on for years. In exchange, however, the Nordic states (and the Visegrad group) have obtained that the principle of responsibility

States of first arrival are required to screening and registration in Eurodac, the fingerprint database for asylum seekers and irregular migrants. The purpose is stem secondary movementsthose unauthorized movements of migrants to other countries

Generally, migrants arrive in the South and move to seek asylum in Northern Europe. By registering they can be repatriated to the country of arrivalin implementation of the Dublin regulation

The agreement, albeit preliminary, is nevertheless considered a big step. “It’s an important day because it’s there first time that we talk about the principle of solidarity combined with the principle of responsibility “, explained the Minister of the Interior, Luciana Lamorgese

“Numerous states have joined this new mechanism. We are confident that there will also be a positive aspect for the future immigration policies“, he added. The Commission and the Council are also enthusiastic as they speak of a” historic agreement ”

“The compulsory solidarity mechanism for all member states includes over a dozen countries, including France and Germany, which have so far committed to apply a relocation system“, explained the French minister Darmanin

Countries that are not willing to welcome migrants “will have to offer a financial support which will be paid directly to the countries of first entry “, added the representative of the French presidency of the EU Council