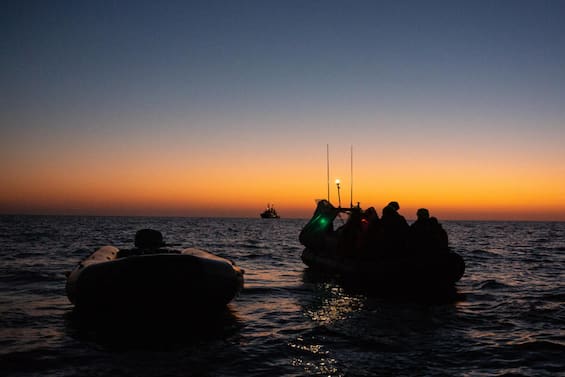 The German government is asking that Italy “swiftly help” the 104 unaccompanied minors rescued in the Mediterranean by the German-flagged ship Humanity 1. This was stated in a letter from Berlin in response to the “note verbale” with which the Italian government, on 23 October last, asked to take charge of the migrants rescued on the NGO ships flying the German and Norwegian flags. The letter was made known by the Rai 3 broadcast The horse and the tower.

The location of Berlin

“The federal government responded in writing to the Italian government’s note verbale, setting out its interpretation of the law – said Berlin – For the federal government, the civil organizations involved in rescuing migrants make an important contribution to saving lives in the Mediterranean. . Saving people in danger of life is the most important thing. According to information provided by Sos Humanity on the German-flagged ship Humanity 1, there are currently 104 unaccompanied minors. Many of them need medical attention. We asked the Italian government. to give help quickly “.

The note from the Interior Ministry

On 23 October, the Interior Ministry presented a verbal note to the two governments headed by the two NGO ships that are currently requesting a landing in an Italian safe harbor after having recovered hundreds of migrants from Libya at sea. In addition to the German-flagged ship, it is also the Norwegian-flagged Geo Barents. In an interview published on the Corriere della Sera today, the Minister of the Interior Matteo Piantedosi reiterated that he had “acted immediately to give an immediate signal to the flag states: we cannot take care of the migrants collected at sea by foreign ships that operate systematically without any prior coordination of the authorities . At the moment these events represent 16% of the people landed in Italy “.

The Farnesina: “Asked for clarification in Berlin”

The Farnesina, in agreement with the Ministry of the Interior, informs that it has sent in writing, with an official note, to the Embassy of the Federal Republic of Germany the request for a complete picture of the situation on board the “Humanity 1” in view of the ‘making any decisions. In particular, it was requested to know as soon as possible detailed information on the people on board the ship, on the marine areas in which the ship operated, if there are vulnerable people on board and if a request for international protection has already been made. On the Italian side, it is clarified, the situation on board this and the other ships will of course continue to be monitored and the emergency assistance provided should be provided.