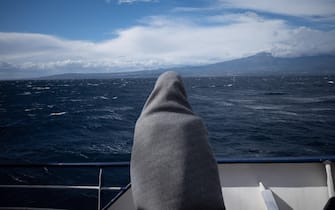 While we continue to discuss the migrant issuehere are some numbers to try to better understand what is happening: routes, landings and comparison with other countries

WATCH THE VIDEO: Numbers, the episode on the migrant issue

Analyzing the routes that brought migrants to Europe in the first half of 2022it appears that the route of the center of the Mediterranean, which arrives in Italy, has brought 70,000 people. Twenty thousand people instead traveled to the route to Cyprusanother 20 thousand towards Spain. Then there is the Balkan route: in this case it is not a question of landings, but of journeys that are made with great difficulty and that have brought 86 thousand migrants to the countries of Central Europe

Looking at last year’s data on illegal entries into the European Union, the you arrive by land They were 87,300 while those by sea 112,600

Migrants, landings in Italy from 1997 to 2022: data from the Interior Ministry

Considering the landings in Italymost people come up with autonomous landings, that is, without the need for rescue operations. Between 2020 and 2021, this type of landings were more than half (53%). Then there are the aid of the Coast Guard, Frontex, etc …, which correspond to 31% of the landings. Finally, the number of people arriving through NGOs is lower: 16%

Let’s look at the comparison between Italy and Germany. In September 2022, the irregular entrancesi (as defined in the European nomenclature) in the two countries were same: landings in Italy, land arrivals in Germany via the Balkan route

International law of the sea: what are the rules and obligations for rescue

We compare Italy and Germany also with regard to asylum requests between 2008 and 2021: the Germans, as can be seen from the graph, welcomed many more people than our country. Even in the peak that affected Italy in 2016-2017, with large arrivals from the Mediterranean, Germany welcomed Syrian refugees reaching 722 thousand in one year (Italy had reached 126 thousand asylum requests)

We need to make a clarification: the number of asylum seekers is often less than the number of arrivals. This happens because many people apply even months after arrival. There may also be cases of deaths or requests for other types of permits, such as family reunification. For requests for international protection, it must be demonstrated that returning to the country of origin places the person at serious risk

Looking at the annual average of asylum applications in the four major EU countries from 2008 to 2021, Germany and France rank above Italy and Spain

If we analyze the asylum seekers in relation to the population in the last 12/13 years, half of Europe (the one in green) has had more asylum requests every year than Italy, naturally with different problems. Looking at these numbers, therefore, it cannot be said that Italy has been, in recent years, a country with a higher share of asylum seekers than others.

Migrants, what is meant by “residual load” and “selective disembarkation”