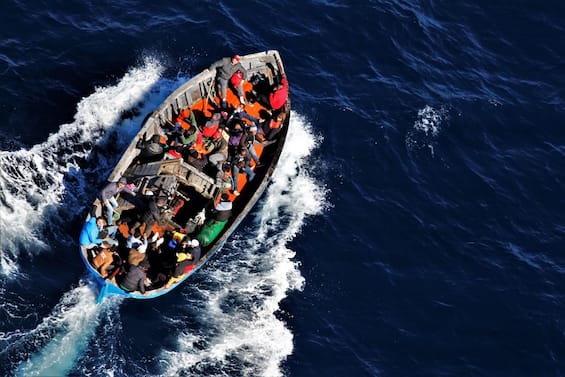 At least 50 migrants are missing in the south-eastern Aegean Sea after their boat sank off the island of Karpathos: “So far 29 people have been rescued, Afghans, Iraqis and Iranians, and searches continue because, according to their statements, there were dozens of people on the boat “, an official from the press office of the Greek Coast Guard told AFP. Searches are hampered by strong winds, said Nikos Kokalas, a spokesman for the Greek coast guard.

The sunken boat had sailed from the Turkish city of Antalya and was headed for Italy. The coast guard reported that “many of the survivors were not wearing life jackets”. The dangerous crossing of a few nautical miles between the Greek islands and the Turkish coast in the Aegean Sea, located in the eastern Mediterranean, costs the lives of many migrants and refugees who try to reach Europe aboard makeshift boats to escape from wars and misery.

Already 64 victims since the beginning of the year

According to data from the International Organization for Migration (IOM), 64 people have died in the eastern Mediterranean since January 2022 and 111 in 2021. The last shipwreck in the Aegean Sea occurred on June 19, when eight people died off the coast of the island of Mykonos and 108 were saved by the Greek coast guard. According to the Greek authorities, the number of arrivals of migrants and refugees in Greece has increased this year, especially from Turkey.

The political clash between Greece and Turkey

Athens accuses Ankara of turning a blind eye to smugglers’ practices and allowing migrants to arrive in Greece in violation of a March 2016 agreement that included an effort by Turkey to limit immigration from its territory in exchange for aid European financials. Turkey denies these allegations.