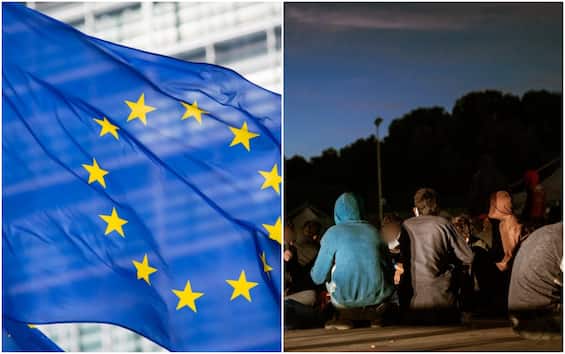 The new pact on migration and asylum will not materialize in the next six months and, barring twists and turns, will not see the light before the beginning of 2024. According to an interview with the Financial Times, is the Swedish ambassador to the EU, Lars Danielsson, a few days before Sweden takes over the EU presidency for the first half of the year. “We will try to advance the work – says Danielsson – but it will not be possible to complete it during the Swedish presidency”, while the British newspaper points out that refugees fleeing the war in Ukraine and arrivals in Europe via the Mediterranean and the Balkans have reached levels never seen since 2015, increasing the pressure on EU countries to approve the several times postponed “pact on migrants”, proposed by the Commission in 2020, which aims to reduce the impact of flows on countries of first arrival.

The migrant dossier does not seem to be at the top of the priorities of the Stockholm presidency for now, where instead the issue of security (with Ukraine in the foreground), competitiveness, green and energy transitions, democratic values ​​and the rule of law stand out . The priorities of the presidency will be discussed on 12 and 13 January, in the meeting in Kiruna between the Swedish government and the European commissioners. But it should be considered that Sweden has traditionally held positions closer to the hawks of the North than to the Med countries on the immigration issue. The risk is that for Italy, for which the issue is a priority, the road is at least uphill until July, when Sweden will take over the Spanish presidency. The dossier, however, remains very hot and will be at the center of the extraordinary European Council convened on 9 and 10 February. In view of the leaders’ summit, Italy’s goal is to accelerate a more organic and automatic distribution of migrants who land in countries of first arrival.

Fitto: “It’s not a stance against Italy”

However, the warning issued on the Financial Times by Lars Danielsson did not trigger any vehement reaction from Rome. “The statements made by the Swedish Permanent Representative to the European Union Danielsson on the possible timing of the negotiation on the new Immigration and Asylum Pact not only do not represent a position taken against any specific Member State, let alone against Italy, but above all they cannot in any way be politically exploited at a national level – said the Minister for European Affairs, Cohesion and Pnrr Raffaele Fitto – The migration issue, above all thanks to the action of President Meloni, is, for the first time , to the maximum and urgent attention of the European Union and will be one of the main topics on the agenda of the next European Council”.

Fitto: “The reform is a very complex dossier”

“What Ambassador Danielsson refers to in his interview – adds Fitto – is the structural and overall reform of the European asylum system which, precisely because it is intended to go beyond the current rules, including Dublin, is a very complex dossier where national interests of individual Member States are deeply felt and diverse. Like all structural reforms at the European level, this too could take longer. It is a normal, almost physiological circumstance”. “Italy intends to approach the negotiations with a constructive attitude and will support the efforts of the Swedish Presidency in this direction – the minister continues – In this perspective I will go to Stockholm already next week for a meeting with my Swedish counterpart Roswall to discuss also of this and to reiterate the will of the Italian government to start a fruitful collaboration with the Swedish presidency”. “It is neither our interest nor our intention – concludes Fitto – to accept a compromise at any cost or on the contrary, unlike what has been done in the past, we will defend national interests without any setbacks or ambiguities”.

Danielsson: “Swedish Democrats? I receive instructions from the government”

The Swedish tackle on the immigration dossier in Italy has not gone unnoticed. The Stockholm government, chaired by the moderate Ulf Kristersson is also supported by the external support of the sovereign Swedish Democrats party, the second largest in the Swedish Parliament. A party which, in Europe, sits in the group of Conservatives and Reformists, the same as the Brothers of Italy. To several members of the opposition in Italy, the warning from the Swedish presidency seemed, to put it as Action-IV deputy Daniela Ruffino put it, “a lesson in sovereignty for sovereignists”. “To be a sovereignist you always find someone more sovereignist, who only defends the interests of their country”, the dem and former minister for European affairs Enzo Amendola increased the dose. However Danielsson, focusing on the possible influence of the Swedish Democrats on Stockholm’s choices in the six months of the presidency, explained how “there are probably taboo subjects for them but I receive instructions from the government”. Government which does not include sovereign ministers.