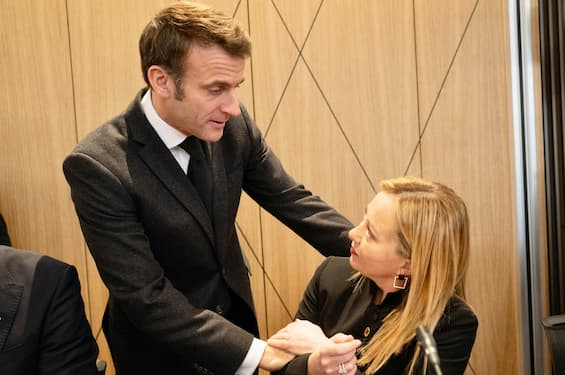 On the eve of the Alicante summit, new sparks are sparking between France and Italy. From the Elysium they explain that “there have not yet been any changes in the position of the Italian authorities on the application of flag state law”. While Palazzo Chigi denies receipt of the proposal for a Meloni-Macron face-to-face

“The knots with Italy” on the issue of migration, in particular on the application of the law, “have not yet been resolved”. To reaffirm the distance – in the hours in which the Internal Affairs Council was staged in Brussels with a chapter expressly dedicated to the reform of the Dublin treaty – is Paris, on the eve of the Alicante summit, which puts the nine EU countries of the Mediterranean. The Elysée returns to the clash with Rome that took place in the first weeks of the Meloni government: “We have not yet seen any changes in the position of the Italian authorities on the application of flag state law”, explains a source from the French presidency. In short, the sparks continue on the transalpine arc.

Palazzo Chigi denies the invitation to a meeting

Palazzo Chigi denies that any “official invitation” has arrived from Emmanuel Macron’s secretariat for a meeting with Prime Minister Giorgia Meloni, contrary to what is claimed by the Elysée, which says it is awaiting “proposals” on travel dates in Paris, in order to defuse tensions on the case of the Ocean Viking. “Let’s imagine that certain invitations are not made in the press”, specify sources of the Italian government. Nor, for now, are there any meetings on the sidelines of the Alicante summit, where the table will be smaller than that of the European Council (scheduled for next Thursday).

Progress in the negotiations in Brussels

Despite this, according to various diplomatic sources, public tensions do not enter the button rooms of Brussels, where the negotiations that matter are taking place. Just like the Home Affairs Council. Indeed, progress is being made in the Belgian capital. “We have reached a political direction on the delicate balance between solidarity and responsibility”, assures Ylva Johansson, European Commissioner for Home Affairs. In practice, a “political compromise on the principle that governs” the balance between responsibility (for rescues) and solidarity (for relocations) and now “it will be up to the Swedish presidency to translate this agreement into legislative acts”.

From Paris: “The discussion is European”

However, the reference to the application of the Elysée law reminds us of what is dear to many hawks in Northern Europe and beyond: compliance with the current rules on registrations in the countries of first landing and therefore the reduction of secondary movements of migrants. A balance, in fact, not easy to find. On this aspect, however, France itself is diluting. “We have focused on a Franco-Italian discussion when, on the other hand, it is obviously a much broader discussion”, they underlined at the Elysée, welcoming the progress made compared to last month, in particular, with the extraordinary meeting of EU interior ministers on November 25, when “it was clear that it was a European question”. In short, the work continues.