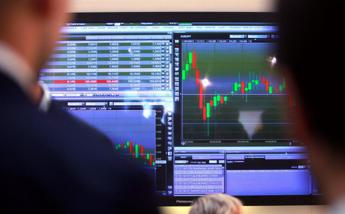 Closing of the week just above parity, and close to the intraday lows, for the Milan stock exchange. The retracement of the second part is due to the statements of Jerome Powell who, if ever were needed, reiterated that the US central bank is totally focused on fighting inflation.


Again with regard to central banks, the focus of operators is on the details of the new anti-spread shield that should be put in place by the ECB. The last session of the week was also characterized by the technical maturities of futures and options on indices and shares (the so-called “day of the four witches”).

On the Ftse MIb, which closed with an increase of 0.29% at 21,788.87 points, the performances achieved by the shares most penalized by the recent jump in yields stand out: banks and public utility companies.

Positive performance also for Enel (+ 0.78%) which signed the agreements relating to the sale of the entire stake in the share capital of PJSC Enel Russia for a total consideration of 137 million euros.

The two best performances of the Ftse Mib were recorded by Nexi (+ 5.63%), which announced the agreement with Intesa Sanpaolo for the purchase of the “merchant acquiring” business in Croatia, and Pirelli (+5, 21%), which capitalized on the positive indications from Michelin and Nokian Tires.

As regards the government bonds sector, the Ministry of Economy announced that the guaranteed minimum annual coupon rate of the seventeenth issue of the Italian BTP, starting on Monday 20 June, was set at 1.6% (loyalty bonus at 1%).

Today the 10-year BTP yield has fallen to 3.7% while the BTP-Bund spread, thanks to a red of more than 7 percentage points, has returned to 200 basis points. (In collaboration with Money.it)