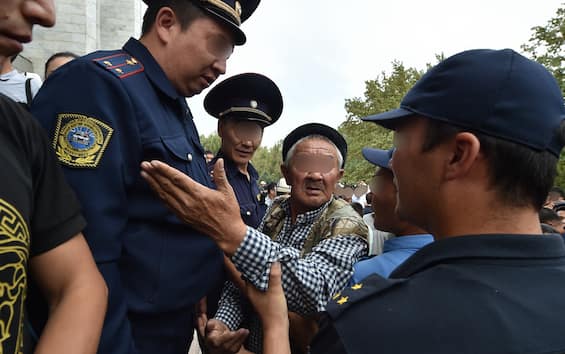 Kyrgyzstan has declared a state of emergency in the Batken district, on the border with Tajikistan, after military clashes in the last few hours. Authorities evacuated about 136,000 people from risk areas in the border district after military actions caused at least 24 deaths. This was announced by the Ministry of Emergencies of Kyrgyzstan, quoted by the Russian agency Tax. According to the government, on 14 September Tajik border agents crossed the border and settled in Kyrgyz territory, responding to fire from the Kyrgyz military.

The truce and the bombing

Yesterday Kyrgyzstan and Tajikistan had agreed an immediate truce after the military clashes, and the two presidents Sadyr Japarov and Emomali Rahmon had appealed to their respective troops to withdraw men and military vehicles from the line of contact along the border. However, according to the Kyrgyz border guard service quoted by the Tax, Tajikistan mortar bombed the Pasky-Aryk settlement in the Batken region of Kyrgyzstan this morning. “In violation of the agreements previously reached, starting at 08:50 (4:50 in Italy) and until 8:55, the Tajik side bombed the Pasky-Aryk community in the Batken region with mortars. At 08:55 the bombings have ceased “, reads a statement.