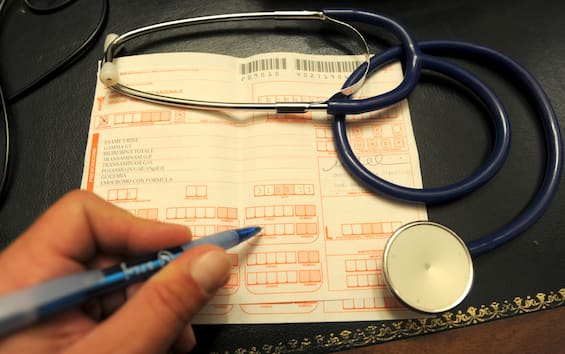 In the last Council of Ministers, chaired by Deputy Prime Minister Matteo Salvini, the twelve-month extension of the use of electronic prescriptions was discussed, an emergency measure born during the Covid period. “Satisfied with the government’s decisions, we are now awaiting further measures to free doctors from burdensome bureaucratic tasks”, declared the Italian Doctors Union in a statement

The latest Cabinet, chaired by Deputy Prime Minister Matteo Salvini, seems to have decided: the possibility of receiving medical prescriptions by email or text message will be extended by one year. The measure, in fact, should be contained in the next Milleproroghe decree and had been introduced as an emergency measure by the Civil Protection during the Covid period, expiring at the end of 2022. The appeals of the trade associations and trade unions have been accepted, which asked to rethink it.

Satisfied with this maneuver Pina Onotri, general secretary of the General Practitioners Union: “We are happy that the Government has accepted our request, extending by one year the possibility of receiving medical prescriptions via email or text message. We are now awaiting further measures to free doctors affiliated with the National Health Service from heavy bureaucratic burdens starting from the possibility of drastically reducing the waiting lines in the studies with a self-certification of the first three days of illness, especially for those pathologies that cannot be objected to”. Satisfaction also from the Medical Association: the president of Fnomceo, Filippo Anelli, claims that “in this way the doctor is allowed to manage the relationship with the patient with less bureaucracy and freeing up time for the treatment relationship. However, it is necessary to make the structural measure” There was also no lack of reactions from the political world: the governor of the Veneto region Luca Zaia agreed with the extension, arguing that “regardless of what we read or say, for us there is no going back ; therefore, we will do everything to have this model even implemented. We were the first region, if not among the very first in Italy, to activate the entire process of the dematerialized recipe, which is a sign of efficiency and respect for citizens”

The digital prescription, even if only recently cleared through customs, was born in 2011: the decree of 2 November of that year of the Ministry of Economy and Finance already spoke of “dematerialization“, more of a process than an instrument that passes from the doctor to the patient. The order of the head of the Civil Protection department of March 2020 refers to this, which mentioned the possibility “for the patient to ask the doctor to issue the dematerialized memo“. This is the Electronic Recipe Number, sent via e-mail, via SMS or via a telephone call. Thanks to this number and the patient’s tax code, the pharmacy can directly deliver the prescribed drug, without the need for a paper document.

How does it work

When the doctor fills out the prescription (a drug or a medical visit), he sends the data relating to the service to the SAC (Central Health Card Reception System) or to the SAR (Regional Reception System). A code is therefore generated, the Electronic Prescription Number, which was previously provided to the patient through a paper document, a reminder: the classic red prescription. This has a duration of 30 days from its issue. With the pandemic, only the method of issuing the NRE, the 15-digit numerical code on the document, has changed: it can in fact be sent by email or text message. In this way the patient will be able to collect the prescribed drugs or book the visit: if he has activated his own Electronic Health Record (FSE), introduced in 2012, may also have the link to recover the Electronic Recipe within the system.