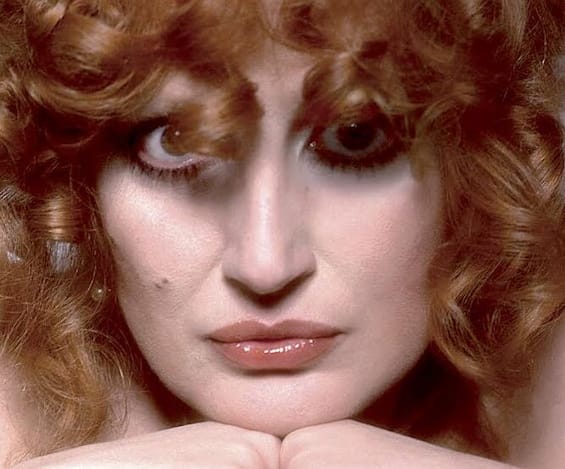 Warner Music Italy announced the release of The Beatles Songbookthe new project that wants to celebrate La Voce italiana, Mina and one of the most iconic bands of the historic, i Beatles. The Beatles Songbook is available for pre-order now and will be available from November 18 on CD, 2LP 180 grams black, 2LP red vinyl limited and numbered exclusively for Feltrinelli e 2LP blue vinyl limited and numbered exclusively for Amazon. Is already online on all digital platforms the first unreleased single from the project, the unreleased “And I Love Her” recorded specifically for this album.

“Like every other living being I was struck, invaded by that flood, by the greatest home service that history remembers, by the transformation that our planet had in the ‘world of the Beatles’, by the most colossal uniformity of emotions, passion, participation compact in mass to what has been more than any other the ‘phenomenon for all’, the ‘general case’ most experienced by every single person on the face of the earth. Impossible not to take note of that collective, immediate move from the current era to ‘that of the Beatles’. Suddenly, the page that had been turned was going to cover, to spread like a veil on important works in progress, on powerful, incisive, energetic presley, Sinatra and the greats of jazz (…). All swallowed up. From the Beatles and their songs (…) so simple, after all, and so great, apparently so spontaneous as to remember Neapolitan songs.

And here I am still here today, still tied to theirs, as well as by the gratitude for their having provided Joe Cocker, Ray Charles, Frank Sinatra, Sarah Vaughan, Ella Fitzgerald and other greats with the material for those masterpieces that are theirs. versions of Beatles songs. And here I am again today, ready witness of the breaking down of borders, of walls, of linguistic obstacles carried out by the Beatles through the delights of their lyrics, as fluid as the happiest thoughts of a mind with the gift of eternal freshness. What else? Do we want to summarize all this and say more, much more? All right. Quickly done: The Beatles. “Thus, as the splendid number 91 of the magazine of the Mina Fan Club aptly remembers, wrote Mina in June 1993 for the weekly “Noi” on the occasion of the publication of his first collection dedicated to the Beatles.

And we are sure that, almost three decades later, he would return to subscribe to these words, on the occasion of the release of this new collection enriched by new versions, unpublished and recordings specially made for the release of The Beatles Songbook.

The Beatles discographic corpus, which has more than 200 songs (most of them written by themselves) can boast an unparalleled stylistic eclecticism; rock’n’roll, beat, pop, country & western, blues, folk… there is almost no musical genre that the Fab Four have not experienced. Such a heterogeneous repertoire has always been an irresistible temptation for an interpreter who, like Mina, knows how to range between styles with the same effectiveness as the Beatles. If the “concept” of this album is the common origin of the songs included in it, listening to “The Beatles Songbook” allows you to listen to the voice of the protagonist as it crosses with incomparable ease, and unchanged effectiveness, the many facets of the Beatlesian songbook. , respecting the song addressed but also with the freedom of the artist who makes the songs he sings his own
.
Recorded over a period of time from 1965 of “I know that you want me” to 2022 of “And I love her”, these 18 songs are thus not only a tribute to the most overwhelming musical phenomena of the last century, but also a tour extraordinary de force, which only a voice as extraordinary as Mina’s could afford.

To underline, of course, the contribution to the final result of the new mixes and new remasters: all the tracks, in fact, have been digitally transferred from the original tapes, edited, restored, remastered and remixed by Celeste Frigo and Carmine Di, with the continuous, constant and careful supervision of Mina and Massimiliano Pani.

The collection is enclosed in an elegant and refined package, edited as always by Mauro Balletti and Giuseppe Spada with the same graphic layout as “Paradiso – Lucio Battisti Songbook” published in 2018. All the splendid photos by Mauro Balletti are unpublished. And the documentation contained in the credits is very rich, which contain very detailed information on the individual songs and on who produced, arranged, played and recorded them.

5. AND I LOVE HER (Unreleased)

6. WITH A LITTLE HELP FROM MY FRIENDS (Unreleased)

12. THE LONG AND WINDING ROAD

1. AND I LOVE HER (Unreleased)

2. WITH A LITTLE HELP FROM MY FRIENDS (Unreleased)

3. THE LONG AND WINDING ROAD