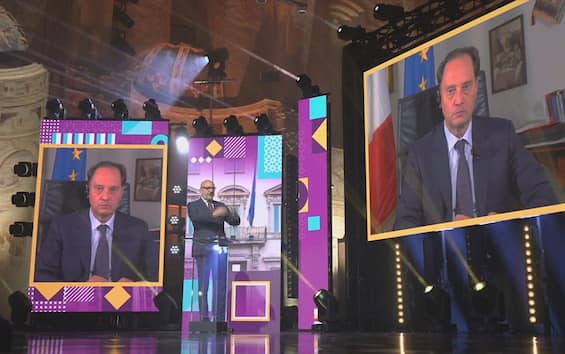 At the end of the CDM, the Minister for Relations with Parliament connected with Bergamo and spoke of the leaner procurement procedure approved today: “Corruption lurks where there are too many laws”

In connection with Sky TG24 Live in Bergamo, Minister Luca Ciriani commented on the new procurement code approved today in the Council of Ministers and responded to the criticisms of those who argue that easing procedures could have negative effects on transparency. “For some time – said the minister – a leaner and faster procurement code has been called for. Today’s CDM has gone in this direction: fewer rules that do not mean corruption. I am convinced that this will demonstrate the discontinuity of this government compared to the previous ones “. “We believe – he added – that corruption and crime also derive from too many laws: too many quibbles hide the bad guys” (LIVE IN BERGAMO. THE SPECIAL – LIVE UPDATES).

“We are facing, and partly behind us, a very complicated December: 4 decrees, a budget manoeuvre, are not routine things. This regulatory funnel is the result of the exceptional circumstance of the September elections”. And he added: “We have also approved the Aid quater decree and we are well advanced but the stumbling block is the approval of the budget law in the chamber next week. We are determined in the objective of avoiding the provisional exercise. We will deal with the opposition with which there are differences of opinion but not in an obstructive way”.

Ciriani also spoke about the criticized law which raises the limit within which merchants can refuse to accept digital payments. “On the issue of the POS – commented the minister – we want to underline that we are not against electronic spending but we are against the fact that artisans and traders pay the price”. “I am interested – he added – to underline that there is a package of rules that seeks to help those who produce in this country. These are categories often equated to tax evaders but that is not the case: those who are craftsmen are heroes who try to give work and produce in very difficult conditions. We cannot do everything immediately but we can send messages: we are at the side of those who want to work and want to do it without too many hitches”.

In conclusion, Minister Ciriani also addressed the Qatargate scandal. “The damage to the image of the European institutions – he said – is gigantic. Everyone now thinks that the European Union responds to lobbies that undermine its decisions. The damage to their image, in addition to the political damage, is gigantic. There is a part of the left that is a structure of power: for too many years the left has governed and there is an interweaving between power, corruption and illegality that the left cannot pretend not to see”. These episodes, concluded the minister, demonstrate that “there has never been a moral superiority” of the left over the right.