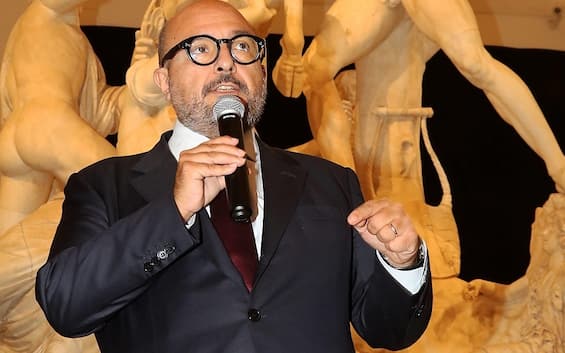 The statement by the Minister of Culture, pronounced during a speech organized by the Brothers of Italy, has triggered numerous reactions from many quarters. Bonelli: “He makes the wrong cultural references”

“The founder of right-wing thought in Italy was Dante Alighieri. The right has culture, it just needs to affirm it”. It is with these words that the Minister of Culture, Gennaro Sangiuliano, sparked the controversy. During his speech at the event “Ready, candidates to go”, organized by the Brothers of Italy in Milan, in view of the upcoming regional elections, Sangiuliano added: “We find that vision of the human person in Dante, but I think its political construction is also profoundly right-wing. But I believe that we must not replace the cultural hegemony of the left, the Gramscian one, with another hegemony, that of the right. We must free culture which is such only if it is free , if it is dialectical”. From the deputy of the Greens Angelo Bonelli to the leader of Action Carlo Calenda, there have been numerous reactions to the affirmation.

The co-spokesman of Green Europe and deputy of Alleanza Verdi e Sinistra, Angelo Bonelli, entered into the merits of the matter, who wrote in a note: “We cannot explain how Minister Sangiuliano could consider the great poet as ‘the founder of right-wing thinking in Italy”. The fact would be enough that Dante was with the white Guelphs and those who exiled him are the blacks: any other consideration is superfluous. This is why the Minister of Culture makes wrong cultural references, because he should know that Dante in 1302 he was forced into exile precisely because he was a militant in the White Guelphs and wanted a secular state, he harshly attacked the transformism of politics and hoped for the regulatory function of law and human sociality, themes that are not typical of Giorgia Meloni’s right. So we advise the minister to leave Dante alone, because the cultural references of the right today are Trump and Bolsonaro”.

From Calenda to Manzi, the reactions of politicians

“Minister Sangiuliano at least leave Dante alone. We understand that he is an excellent source of publicity and that the Minister likes to pronounce words freely, but let’s not bother the father of the Italian language with laughable and caricatured analyses. Instead of thinking about governing, he inflation that eats up wages, fuel that increases the price, take possession – without fear of appearing ridiculous – even of Dante. If it weren’t a dramatic moment for the country, it would be laughable. The improbable words of Minister Sangiuliano clearly indicate the quality of the ‘Meloni executive: lots of talk and zero facts “, is the comment of Irene Manzi, Pd group leader in the culture commission. On Twitter, however, Carlo Calenda wrote a clear “But can we?”, Attaching the declaration of the Minister of Culture Sangiuliano on Dante. Giovanni Barbera’s reaction came from the Communist Party: “Confusion must reign supreme in the Italian right if Minister Sangiuliano even manages to enlist poor Dante, who will turn over in his grave, among the founders of Italian right-wing thought. One would like to comment ironically with the following sentence: ‘Fatti non foste a dir corbellerie!!!’, if all this were not also very sad, given that the unprecedented pearl of wisdom comes from the Minister of Culture”. “A minister of culture – said the group leader of the 5 Star Movement Anna Laura Orrico in the culture commission in the Chamber – who places a figure like that of Dante Alighieri on the right qualifies by itself. More than a provocation, it is colossal nonsense , in front of which Dante himself would have suggested not to talk about him, but look and pass”.

Director Pupi Avati, who documented for months for his film on Dantequestioned by theHandle on the declarations of the Minister of Culture Gennaro Sangiuliano he judges the exit “anachronistic, given that we are talking about 700 years ago and of a completely different context. Not his political position nor his omniscience made him immortal, considering the medieval time, nor the use of the vernacular, but if anything the vernacular applied to such a vast poetic work”. “If I think of Dante – he added – and ideology, the right would never come to mind but let’s tell the truth that Dante’s vision of things in the world is totally inapplicable to today, with a really different world. And even Benedetto Croce thought so. I repeat, without controversy with the minister I respect, but the value of Dante is his poetic excess”.