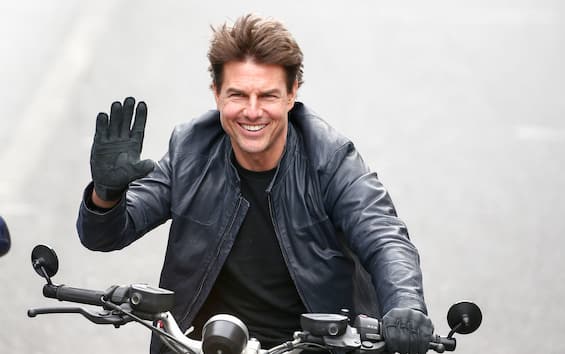 Tom Cruise he is an actor who does not back down in the face of danger. He has demonstrated this on several occasions in which he has been called to shoot dangerous scenes without the stunt man. Sure, when it comes to movies, every scene takes place in a protected environment and with extremely high safety standards, but the unexpected is around the corner and anything can happen suddenly. Despite this, Tom Cruise has shown that he has a great contempt for danger and is not afraid of anything, as shown by a backstage videos which films him as he engages in one of the most complicated stunts of his life, featured in his latest film Mission Impossible. Everyone knows Tom Cruise’s passion for motorcycles but not everyone knows his ability to ride them.

For many, the one performed by Tom Cruise in Mission Impossible on board his motorbike is the “greatest stunt in the history of cinema”. It’s really like this? Probably yes, especially if you consider the scenes shot without the help of stunt-men. The widespread video leaves little doubt. The clip lasts almost 10 minutes and begins with an aerial shot that shows the context in which the scene was filmed as a whole. That particular moment of Mission Impossible: Dead Reckoning – Part 1 was shot on a cliff in Hellesylt, Norway. In the image from above we see a very long ramp that runs with a slight slope towards the precipice: there are no barriers, there are no protections: which means only one thing. To explain the scene is the same voice of Tom Cruise, who tells how that ramp is functional to shoot a motorbike chase, which ends with a leap into the void towards the sea. And it was Tom Cruise himself who made that jump, not his film stunt double. A choice that will surely pay off in the film’s performance but which has put the actor’s nerves to the test.

Anyone’s wrists would tremble at the prospect of launching a motorbike off the edge of a cliff. It may not have happened to Tom Cruise but the actor has not backed down from what he considers his mission: the public. “This is by far the most dangerous thing we’ve ever attempted in my career. It’s something I’ve dreamed of doing since I was a kid, but also the most dangerous thing,” said Tom Cruise. Obviously, everything went right and fans are looking forward to July 2023, when the film will be in theaters worldwide.