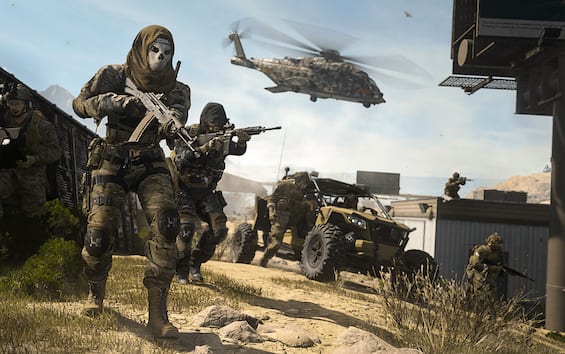 The awaited new episode of Call of Duty is released, a title that has entered the history of video games: it is Modern Warfare 2, available on Playstation, Xbox and PC.

Among the main innovations, the video game presents:

The strong point of the game is the plot, which picks up exactly where the previous episode left off “, say Jeff Negus, Cinematics Lead, and Brian Bloom, Narrative Director of Call of Duty, of Infinity Ward, the software house that developed the game. “This story – they continue – is about cartels and terrorists, who work in a sort of dark alliance to carry very powerful stolen weapons, to be used against innocent people and Western targets. Our story is a work of fiction, but it is inspired by real facts. “Modern Warfare 2 sees the return of the members of Task Force 141 engaged in a war on terrorism intaround the globe, with operations ranging from Mexico, the Middle East to Europe. A mission takes place in Amsterdam, where the video game was presented to the press, in the presence of the actors who played its characters who told the single-player and multi-player campaign modes, from the development of the story to the technical innovations.

The technological developments and the new game engine developed specifically for the new chapter of the saga have allowed a very realistic graphic rendering, which goes hand in hand with the fluidity of the game. This engine opens, according to the game’s developers, a new era of Call of Duty and makes Modern Warfare 2 the most advanced and innovative game in the series, which promises an immersive experience for players. Those who are familiar with the previous Call of Duty title have pointed out that the gameplay has also been improved. While going to Amsterdam, on the places of the game, we can confirm a great likelihood between the game and the real places.

What we liked the most

These are some of the features of Modern Warfare 2 that struck us: