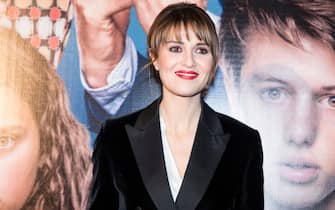 Paola Cortellesi is Valeria Mozzati, the co-star of Mom or dad, comedy by Riccardo Milani which tells the consequences of the separation of a couple who, paradoxically, struggle not to obtain custody of the children. Valeria, a construction engineer, has agreed to separate by mutual consent from her husband but when she finds out that the man is cheating on her, she decides to make his life difficult

Antonio Albanese is Nicola Vignali, a gynecologist who cheats on his wife Valeria with a young colleague in the hospital. The man, after the separation from the woman, would like to leave for her Mali leaving her the custody of the children

WATCH THE VIDEO: The best films of Antonio Albanese

Matilde Gioli is Melania, the pretty young woman the gynecologist falls in love with

The best films with Matilde Gioli, from Doc – In your hands to Quattro Metà

Mom or Dad? Battle (legal and otherwise) to the death!

Carlo Buccirosso is Gianrico Bertelli, Valeria’s boss. The woman will make her children and her husband believe that they are having an affair with him only to make the ex-spouse jealous

The best films to see in July 2022 in streaming and in the cinema. PHOTO

Stefania Rocca is Sonia, a friend of the couple of protagonists

Like a cat on the ring road, the cast of the film with Cortellesi and Albanese

Claudio Gioè is Furio. Gioè is one of the best-known faces of his generation in the Italian cinema and TV scene

Like a cat in ring road 2, the trailer is out

Anna Bonaiuto plays judge Pirillo who, sensing the position of the two spouses in dispute, imposes precise conditions on them to decide the fate of the three children