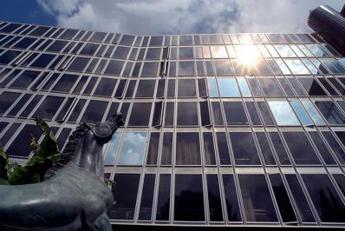 On Rai1 ‘God help us’, the new season – On Rai2 ‘What’s new’, among the guests Wanna Marchi and the virologist Bassetti

The TV series in 10 episodes that reopens the doors of the convent of the Guardian Angels arrives on Rai 1, starting tomorrow, in prime time at 21.35, but with many new features: in this seventh season of “Che Dio ci Aiuti”, Sister Angela (Elena Sofia Ricci) is forced to go absent, leaving a void in Azzurra’s (Francesca Chillemi) heart. The “rowdy” novice, who will do anything to get her back, still has a lot to do in the convent, which is busier than ever. Some characters are already known to the public – such as the psychiatrist Emiliano Stiffi (Pierpaolo Pollon) and the beloved Sister Costanza (Valeria Fabrizi) – others, however, will come out in the course of the episodes, such as the rigorous Sister Teresa – played by Fiorenza Pieri -, which will give Azzurra a hard time. So many challenges to face and a lesson for everyone: perhaps what you want is not what you need. The leitmotif of the episodes – directed by Francesco Vicario and Isabella Leoni – is the narrative voice of little Elia, played by Valerio Di Domenicantonio. ‘God help us’ is a production by Lux Vide, a company of the Fremantle group, in collaboration with Rai Fiction.

The Italy of TV wizards who sell dreams and illusions, the return of Covid and its variants, the latest developments in the case of the Erba massacre with the defense asking for a review of the trial. These are the themes of “What’s new”, the program hosted by Ilaria D’Amico and conceived by Alessandro Sortino, which returns tomorrow at 21.20 on Rai 2. Among the guests the former queen of teleshopping Wanna Marchi, the governor from Puglia Michele Emiliano, the virologist Matteo Bassetti, Vittorio Sgarbi, Francesco Storace, Peter Gomez, Salvo Sottile and Pino Corrias.

The only person authorized in Italy to represent the Lakota people of Rosebud and their international lawyer, Alessandro Martire is the protagonist of the appointment with “Caro Marziano”, the Rai Cultura program filmed and hosted by Pif, broadcast tomorrow at 20.20 on Rai 3 Descendant of the biographer Pietro Martire D’Anghiera, who recounted the crossings of Colombo and Amerigo Vespucci, in 1982 he carried out a study thesis and came into contact with the Lakota Sioux nation of the Pine Ridge and Rosebud reserves, where he will travel several times converting to their “spirituality” within 10 years, Pif met him in his house museum in Campi Bisenzio, in the province of Florence, to discover a millenary culture.

Radio3, the new story of Covid in China on ‘Radio3 Mondo’ – On RaiPlay “Francesco di Assisi”, the 1966 film by Liliana Cavani

Tomorrow at 11, on Radio3 Mondo, Marina Lalovic will address the topic of the new wave of Covid infections that is hitting China. With her there will be Gabriele Battaglia, correspondent from China for Swiss Radio Television and collaborator of Radio Popolare. Together they will comment on satellite images taken of several Chinese cities that have immortalized the crowding of crematoria and funeral homes, as the country continues to fight against an unprecedented number of Covid-19 infections, following the dismantling of strict restrictions against pandemic. The images show a funeral home on the outskirts of Beijing, which appears to have built a brand new parking area, as well as lines of vehicles waiting in front of funeral homes in Kunming, Nanjing, Chengdu, Tangshan and Huzhou. Meanwhile, China has stopped issuing short-term visas to people coming from South Korea and Japan, in retaliation for the restrictions imposed on Chinese travellers. “The latter measure is seen as a direct and reasonable response by China to protect its legitimate interests, especially after some countries have continued to inflate China’s epidemic situation by imposing travel restrictions for the purpose of political manipulation,” the Chinese newspaper reported. Global Times.

On the occasion of director Liliana Cavani’s ninetieth birthday, Rai Teche will publish her masterpiece, the 1966 “Francis of Assisi” on RaiPlay tomorrow. With her realistic story, without merely hagiographic frills, Cavani has given back to the public the charm and the complexity of the figure of Francesco (played by Lou Castel) through a rigorous method, which does not indulge in sensationalism, but includes the extraordinary nature of the story in the facts themselves and in the spontaneity of the narration. In the context of an unusual, barren and livid Umbria, the story of Francesco’s stripping of all his riches is inevitably a story of the humble, also considering the attention paid by the director to the choice of places and actors: to avoid to expire in the drama “in costume” it was necessary that the settings and the protagonists were chosen among the houses and among the peasants of the surroundings of Assisi. Liliana Cavani declared about her work: “The experience of the young Francis who decides to imitate the young Jesus out of love is the theme of all my work and I have tried to give it as much as possible as a chronicle that takes place before our eyes thinking that this was the only way it could be proposed and had a little bit of that character of truth that it had in its time. Another thing: for centuries, iconography and history have ignored crowds and ordinary people, as if they were existences that “count little” or in any case “less”; It went like this for St. Francis too: he was haloed and isolated and placed among the great personalities thus doing him, in my opinion, a great injustice, because he always wanted to remain among the people, mixed with them, more common than them”. Although it was later aired in two episodes on 6 and 8 May 1966, “Francesco di Assisi” is in fact the first film made by television, commissioned by Paolo Valmarana. It was shot in 16 mm and written by the director together with Tullio Pinelli, with the historical consultancy of Professor Boris Ulianich. The broadcast was an extraordinary success, with about 20 million viewers glued to the screen. Liliana Cavani’s in-depth research on Francesco has produced numerous works: in fact, the 1966 miniseries was followed by a film edition in 1972 and a remake in 1989 starring Mickey Rourke and Helena Bonham Carter. In more recent years, the director has made another mini-series on the life of the saint.

With a career spanning more than fifty years, ranging from the 1960s to the 2000s, she is often referred to as “The Queen of Rock and Roll”. “Rock Legends”, broadcast tomorrow at 11.15pm on Rai 5 and also available in the original language, traces the irresistible career of Tina Turner.In 1991 she was inducted with ex-husband Ike Turner into the Rock and Roll Hall of Fame and in 1967 she was the first African-American artist, and the first female artist, to appear on the cover of Rolling Stone In 1986 he received a star on the Hollywood Walk of Fame.

Rai3, Giovanni Minoli and “Mixer – Twenty years of television” – Past and Present on Rai and Rai Storia

1980 is the protagonist year of the first appointment with Giovanni Minoli who returns to retrace the television adventure of “Mixer” in his new “Mixer – Twenty years of television”, broadcast tomorrow in the late evening on Rai 3 ( and from 18 January also on Wednesdays at 21.15 on Rai Storia). The episode brings back to life Minoli’s famous “Face to Face” in 1980, such as those with Paolo Rossi and Bruno Giordano, two champions on trial for the football betting scandal; Bettino Craxi and Marco Pannella; Maurizio Vitale; Umberto Terracini, the father of the Constituent Assembly; Giovanni Torrisi, Chief of Defense Staff and member of the P2 Lodge. The survey proposed again in 1980 is the one on the party system and on voting, which Giorgio Napolitano and Claudio Martelli discussed with Minoli, while a report of international scope on the theme “Islam and the burka” was very anticipatory. There is no shortage of cinema and music: the first through the story of great Italian cinema together with Leo Benvenuti with Monica Vitti, Ugo Tognazzi, Alberto Sordi; the second with Gianni Minà and his meetings with Adriano Celentano, Gianni Morandi, Francesco De Gregori, Lucio Dalla, Pino Daniele. In the end, the editorial by Gemma Pontini alias Paolo Villaggio is inevitable. From room A of Radio Rai, directed by Luca Mancini, Minoli recounts the great themes and turning points of Italian history at the end of the 20th century, with a new editing, a different narrative plot and a critical editorial style which, more than 40 years later revisits the narrative force and documentary value of the historic gravure and its protagonists, its investigations, its face-to-face and its stories, bringing out a continuity between those eighties and nineties and the photography of our country today – since, as Minoli himself reflects, “Today’s world began yesterday”. “Mixer – Twenty years of television” – 20 episodes of 45′ each – is a program conceived and conducted by Giovanni Minoli, produced by Rai Cultura in collaboration with Radio Rai, written with Giovanna Corsetti, Giulia Foschini, Sara Tardelli and Ludovica Siani , directed by Luca Mancini. Studio shooting of Sala A of Radio Rai by Leonardo Lo Frano, edited by Serena Valeri, executive producer Roberta Sangermano. Rai delegate Piero A. Corsini.

After the Persian domination, and the Greek domination of Alexander the Great, the land of the Nile becomes a province of the Roman Empire and its riches contribute to the greatness of Rome, while, after the defeat of Actium, the people of the pyramids will lose all its autonomy. But this story of conquest, culminating in Egypt’s annexation as a Roman province, is not a one-way street. On “Passato e Presente”, broadcast tomorrow at 1.15 pm on Rai 3 and at 8.30 pm on Rai Storia, Paolo Mieli talks about it with Professor Patrizia Piacentini. Rome was struck by the charm of the land of the pharaohs and imported not only considerable quantities of grain and luxury goods, but also the elegance of Egyptian art. Even today there are traces of Egypt in Rome and in many other cities, where times of Isis or Serapis flourished, syncretic cults of Egyptian and Hellenistic inspiration. Rome conquers Egypt with the army, with the strategies of Julius Caesar and with the skill of Octavian. But Egypt, in turn, conquers Rome with Cleopatra, dangerous and fatal, and the mysterious charm of her millennial culture.

The pursuit of beauty is not always perfection or ecstasy. Sometimes it turns out to be absurd, deadly and even macabre. The actor and writer Domenico Frisby carries out an investigation on the other “side” of beauty, in “The Sense of Beauty”, broadcast tomorrow at 20.25 on Rai 5. Frisby focuses on the unconventional aspect of beauty: from the myth of Narcissus to the sick beauty of Violetta in La Traviata, from Elena who unleashes the Trojan War to the brilliant art of imperial propaganda in the Napoleonic age, to the provocative charm of drag queens.