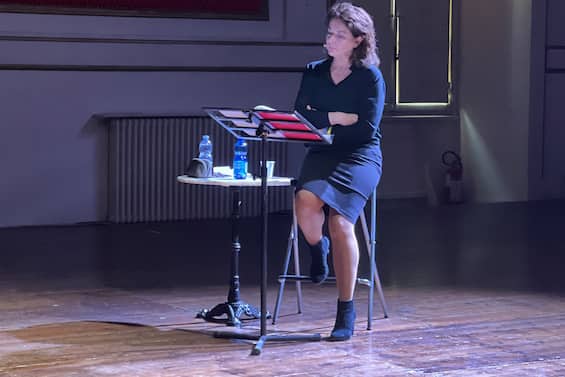 Because it was never done and because she was the biggest. Fifty years after the death of Anna Magnani, Monica Guerritore wrote a film about her: “Not only because it is the year of her anniversary -says Guerritore- she should always live in all of us, actors and artists. The public lacks such a figure: strong, attentive, true and so professional” . A very modern woman too: “Yes -confirms the actress- so much so that she has never gone out of fashion. She has never changed anything about her appearance. It was like that. Like her, I started cutting my hair by myself . Anna Magnani has never had a hairdo, she has never put on make-up. She has never erased her wrinkles, her bags. She said yes… I’m ugly, it doesn’t matter, I have a heart”.

At the La Pergola theater in Florence, in a performance press conference, with a summary of the written script, Monica Guerritore she also looked for funding. The film Anna starts from 21 March 1956. The wait before winning the Oscar for The Tattooed Rose“, the only statuette raised by an Italian with a film in English: “The highest moment of her career -Gueritore explains- also became the beginning of her end. She said: I won too much, I won late. In America Katharine Hepburn worked until she was ninety, in Italy Magnani also had problems… this is the story I want to tell, and it’s the story of a difficult life”. A tormented love affair, the one with the director Roberto Rossellini, the illness of his son Luca A difficult life certainly, but as exceptional as his talent.