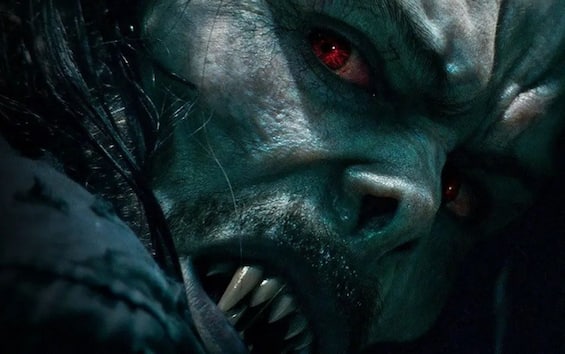 The discussion on Morbiusthe latest film starring Jared Leto in the role of the antihero of the same name, in cinemas from March 31st, is holding the bench among fans and insiders in disagreement on the judgment of the latest effort produced by Marvel Studios and distributed by Sony Pictures.

The lukewarm opinions of the critics were contrasted by the public who reacted enthusiastically to the film by Daniel Espinosacalled in these days to respond to the curiosities of fans and journalists on some controversial aspects of the story.

The director has deepened the relationship of the film in the complex of the Sony and Marvel production, whose narrative is increasingly oriented to the exploration of the Multiverse. In particular, the most attentive fans did not miss the presence of some deleted scenes from the final assembly on which a real thriller has been created.

The mystery about Spider-Man and the Vulture

The trailer for Morbius distinctly shows a scene in which a Spider-Man murals, which does not appear in the montage proposed in the cinema. When asked about the existence of a director’s cut for the film, Espinosa replies, of course, that those who worked on the film didn’t also work on the trailers.

Behind this answer, however, there is the whole mass of operations that have been carried out in the three abundant years between the start of shooting and the distribution of the film in theaters, with the story that has undergone some alterations linked to the evolution of the other stories in the Marvel Cinematic Universe and beyond, a situation that would partly motivate the sometimes discontinuous structure of Morbius.
Espinosa states that there is no real mystery about the disappearance of some scenes and that there are not many scenes not included in the film.

There presence of Spider-Manaccording to the director, it is almost natural in a film set in his universe but this does not explain the large space granted in the first trailers to the character of theVulture, played by Michael Keaton, relegated, in the final cut, to a post-credit scene. On this Espinosa clarifies that in fact the relationship between the two characters has changed over the years and that a lot has depended on the presence of Spider-Man: No Way Home that changed the cards on the table. Espinosa does not limit himself to commenting only on the implications with the Multiverse that would push the creators to unpublished scenarios but also advances hypotheses on future productions that could please the fans first and foremost.

The director of Morbius has unbalanced on the possibility that the Studios think of a third chapter Of The Amazing Spider-Man after Andrew Garfield’s jump in popularity; likewise, he made a pass on opening up to a future project with the Sinister Sixa spin-off that would group the villains of the Spider-Man universe.
Espinoza clarified that it is Sony that has greater interest in developing projects in the Multiverse, especially after the favorable reception of the Venom by Tom Hardy and by Spider-Man Into the Spider-Verse of which a sequel will be released in October. The long-term goal would seem more and more realistically a crossover between the various stories with Spider-Man holding the threads together. That is: in the future of Venom and Morbius there is a Spider-Man whose identity could be a new surprise.