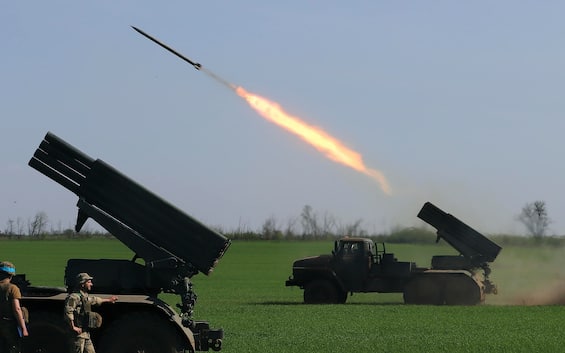 Russia has notified the United States of the commencement of military exercises called, in code, “Grom”, which will also involve the strategic nuclear forces and which provide for the launch of missiles. State Department spokesman Ned Price said, noting that the notification of the exercise is a routine act.

In fact, in these hours, Moscow has carried out the operation which included “a massive nuclear attack” by its strategic forces in response to a possible “nuclear attack by the enemy”. The confirmation came from the Russian Defense Minister, Serghei Shoigu, quoted by the Tass agency. “All the missiles have achieved their objectives”, reads a statement published on the Kremlin website. President Vladimir Putin attended the exercises.

The exercises of the strategic deterrence force involved land, sea and sky units, the Kremlin said, explaining that ballistic and cruise missiles were launched just today. A Yars ICBM was launched from the Kura site on the Kamchatka Peninsula at the Plesetsk Cosmodrome. A Sineva ballistic missile was launched from the Barents Sea. Cruise missiles were then launched from Tu-95MS bombers. The exercise served to verify the readiness of the military and command and control structures. The set goals have been successfully completed. (RUSSIAN WAR – UKRAINE: ALL NEWS LIVE)

Already last week, the United States and NATO began their annual “Steadfast“ Noon ”nuclear exercises. This was announced by Secretary General Jens Stoltenberg, explaining that the operation, already planned before the start of the war in Ukraine, will continue until the end of the month. 14 countries are involved, under the management of the USA, the United Kingdom and France. According to the Atlantic Alliance, “the air forces of the whole of NATO will exercise nuclear deterrence capabilities by involving dozens of aircraft over northwestern Europe”. This type of exercise is also considered “routine”. It is held annually and involves up to 60 aircraft of various types, including fourth and fifth generation fighters and US B-52 long-range bombers, which departed from North Dakota, will fly over Belgium, the North Sea and the United Kingdom. .