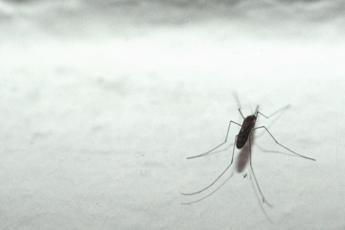 Genetically modified to not spread malaria. A team of researchers fromImperial College London succeeded in the feat of ‘design’ mosquitoes that slow down the growth of disease-causing parasites in their intestines, effectively preventing transmission with an ingenious strategy. Protagonist of the study published in ‘Science Advances’: the main mosquito species carrying the disease in sub-Saharan Africa, namely Anopheles gambiae. With a DNA modification, scientists have been able to ensure that, when the insect takes the ‘blood meal’, it produces two molecules, antimicrobial peptides, in its guts. These peptides, originally isolated from honey bees and African clawed frogs, impair the development of the malaria parasite.


In practice, the passage to the next stage of the parasite and therefore its arrival to the salivary glands of the mosquito is delayed by a few days. Meanwhile, the time has come when most mosquitoes in the wild are expected to die. The peptides work by interfering with the parasite’s energy metabolism, but this also has some effect on the mosquito, causing it to have a shorter lifespan and further diminishing the ability to transmit the parasite. So far the technique has been shown to dramatically reduce the chance of malaria spreading in a laboratory setting. But if proven safe and effective in real-world settings, it could offer a powerful new tool to help eliminate the disease that remains one of the most devastating to this day, putting about half the world’s population at risk. In 2021 alone, malaria infected 241 million people and killed 627,000, mainly children under the age of 5 in sub-Saharan Africa.

The innovation was designed by researchers from the ‘Transmission: Zero’ team so that it could be coupled with existing ‘gene drive’ technology, with the aim of spreading the modification and drastically reducing malaria transmission. Experts from the Institute for Disease Modeling at the Bill and Melinda Gates Foundation have also developed a model that, for the first time, can assess the impact of modifications used in a variety of African contexts. From their analyzes, they found that the modification developed by the Transmission team: Zero could be a powerful tool to reduce malaria cases even where transmission is high.

“Progress on malaria has stalled since 2015,” recalls study co-first author Tibebu Habtewold. “The mosquitoes and parasites they carry are becoming resistant to available interventions such as insecticides and treatments and funding has stabilized” at some level. “We need to develop new innovative tools.” Hence the idea of ​​focusing on the chain of events that leads to the transmission, with the idea of ​​breaking it. After a female mosquito bites an infected, the parasist develops its next stage within her intestines and travels to the salivary glands, ready to infect the next person the mosquito bites. However, only about 10% of mosquitoes live long enough for the parasite to develop enough to be infectious. The team therefore aimed to further increase the development time of the parasite in the intestine.

For many years we have tried in vain to produce mosquitoes that cannot be infected with the parasite or that can eliminate it with their own immune system – observes the co-first author of the study Astrid Hoermann – Delaying the development of the parasite inside the mosquito is a conceptual change that has opened up far more opportunities to block the transmission of malaria from mosquitoes to humans. “To use genetic modification and prevent the spread of malaria in the real world, it is necessary to spread it from lab-grown to wild mosquitoes. Normal crossing would spread it. to some extent, but since modification has a ‘cost’ in terms of reduced lifespan, it would likely be eliminated quickly by natural selection.

And here a further genetic trick would come into play: the gene drive, which can be added to mosquitoes which at this point would preferentially inherit the antiparasitic genetic modification, making it more widespread among natural populations. Because the strategy is very new, scientists will step by step evaluate its safety by creating two separate but compatible strains of modified mosquitoes: one with the pesticide modification and one with the gene drive. They will then be able to test the parasite modification on its own first, adding the gene drive only once it has proven effective. If the first tests are successful, “we will be ready to take” the strategy “to field trials within the next 2 or 3 years,” explains lead co-author Nikolai Windbichler. “History – concludes co-lead author George Christophides – has taught us that there is no magic bullet when it comes to controlling malaria: we will have to use all the weapons at our disposal. The gene drive is such a powerful weapon that, in combination with drugs, vaccines and mosquito control, it can help stop the spread of the disease and save lives. “