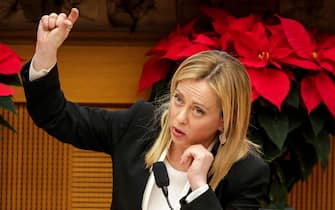 Giorgia Meloni is the first leader in Europe and in the top positions in the world by consensus. To sanction it is the Morning Consultationone american company of global intelligence surveys and analyses, which the last January 10th published the Global Leader Approval Tracker: the verification of the popularity and consent of the leaders in the world

With the 48% of the votes he is the president of the Italian CouncilGiorgia Meloni, a gain the European top and to place fourth in the world, in a flattering position e prestigious

Net the advantage of the Prime Minister Italian about “pursuers”. melons”detach” in fact the Irish Leo Varadkar which places second with the 42% of the vote

There third positionthe lowest step on the podium, is won by the Spaniard Pedro Sanchez (37%)

The remaining leaders are all below the 30% threshold. In the world ranking, however, we find the Indian Prime Minister in first place Narendra Modi with 76%. According to the Mexican president Andres Manuel López Obrador (65%). In third place the Australian (from an Apulian father) Anthony Albanese (59%)

Meloni-Biden phone call: the “deep friendship” between Italy and the United States reaffirmed