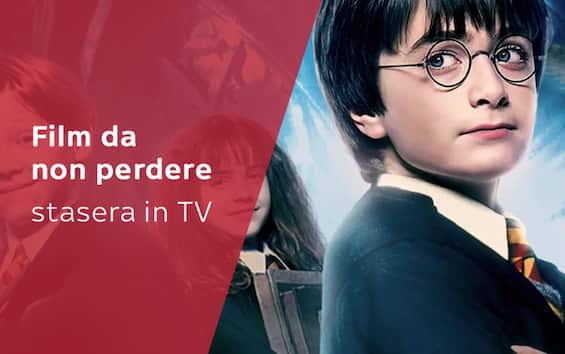 Checco Zalone is back with his new social comedy. Pursued by creditors, a boy flees to Africa, where, however, he finds war.

John Belushi and Dan Aykroyd in a cult comedy. Two musician brothers must save the orphanage where they were born.

Brad Pitt and Jonah Hill in a baseball biopic. A manager invents a revolutionary method to rebuild a team despite a small budget.

Tom Cruise and Rosamunde Pike in an action. An ex-cop returns to the scene to investigate a massacre.

Liam Neeson and Ed Harris in action. After killing his longtime friend’s son, a former criminal must go on the run.

Harry Potter and the Philosopher’s Stone, 21:00 on Sky Cinema Family

First cinematic chapter of the Harry Potter saga, the most famous wizard in the world.

First part of the latest cinematic adventure of the magical character of Harry Potter.

The Grinch, 21:15 on Sky Cinema Christmas

Animated film about the character who doesn’t like Christmas: will he be able to sabotage it again this time?

Eric Bana in a thriller based on the novel by Jane Harper. A cop returns to his hometown to investigate a friend’s suicide.

Biographical thriller about Swedish diva Sonja Wigert, who enlisted in her country’s secret services and was hired as a spy by the Nazis.

Jim Broadbent and Helen Mirren in a biopic. An English taxi driver steals a precious painting and demands an unusual ransom from the government.

Milly Carlucci leads the well-known format in which some VIPs challenge each other to dance to achieve victory.

For a woman, a train ride back to her family turns into a journey into the past.

After losing her family in an assassination attempt, a woman seeks revenge on her own.

Hugh Grant and Julia Roberts in a romantic comedy that has now become a cult. A shy London bookseller falls in love with a Hollywood star.

Massimo Ghini and Ricky Memphis in a comedy. The Italian premier and his secretary must avoid a scandal.

Cult comedy with Macaulay Culkin. A family leaves for the Christmas holidays but forgets their child at home.

Comedy with Alessandro Gassmann and Silvio Orlando. Years later, a policeman meets an old friend who is a driver for robbers.