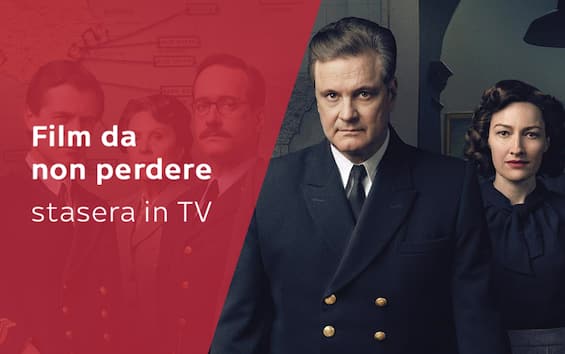 The weapon of deception – Operation Mincemeat, at 21:15 on Sky Cinema Uno

Colin Firth in a spy story set in the Second World War.

Margherita – Queen of the North, 21:00 on Sky Cinema Drama

The Scandinavian sovereign plans the wedding between her son and an English princess to seek alliances.

The mafia kills only in summer, at 21:15 on Sky Cinema Due

Pif directs and stars in his debut film. The crimes of the mafia are intertwined with the love life of a boy.

Lillo & Greg and Corrado Guzzanti in a comedy. After a serious accident, a playboy finds himself transfigured and will have to learn new techniques of seduction.

Passionate romantic film with Emma Mackey and Romain Duris. The encounter with a woman he loved in the past inspires Gustave Eiffel to build his masterpiece.

Mel Gibson plays a Santa Claus who must save himself when, after an unwanted gift, a boy sends a professional killer after him.

Alexander Skarsgard, Ethan Hawke and Nicole Kidman in a retelling of the Hamlet story directed by Robert Eggers.

Fourth chapter of the Matrix saga with the return of Keanu Reeves and Carrie-Anne Moss.

Harry Potter and the Deathly Hallows, part 1, at 21:00 on Sky Cinema Family

First part of the latest cinematic adventure of the magical character of Harry Potter.

Film based on a novel by Stephen King, starring Matthew McConaughey and Idris Elba.

Thriller with Mark Rylance. An English tailor’s shop becomes the center of a gangster feud.

Sam Worthington in a thriller in which a man threatens to jump off a building. But his plan is bigger.

A production assistant must find a pianist who has been missing for years and convince him to perform for a special concert.

Cristiano Malgioglio to conduct a format of interviews with well-known personalities.

Sequel to “Finding Nemo”. This time it is Dory who leaves in search of her family to find her.

Danny Boyle directs a comedy in which, after a blackout, a boy discovers that he is the only one who remembers the existence of the Beatles.

Extraordinary classic with Tom Hanks. Forrest Gump is a troubled boy who, however, manages to live an incredible life.

On the occasion of Christmas, two different families compete to see who displays the best decorations.