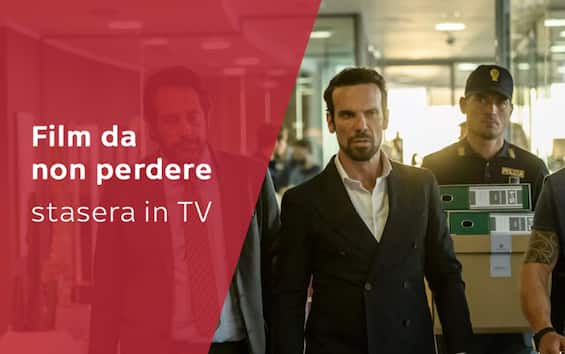 Andy Serkis protagonist of an intense biopic on the great Albert Einstein, with the background of the First World War.

Zach Braff and Cole Sprouse in a comedy with a mix of romance and science fiction.

Alessandro Gassmann and Isabella Ragonese in a coming-of-age comedy that deals with the theme of disabilities.

Mel Gibson and Charlie Hunnam in quirky Sky Original comedy. An ex-cop investigates the alleged murder of a TV star.

Denise Richards in a Christmas comedy. A girl finds out she has to run a bakery with her ex.

Angelina Jolie protagonist of a spy-action. A CIA agent is accused of treason and will have little time to prove her innocence.

Fifth chapter of the horror saga with Neve Campbell and David Arquette. Ghostface returns to kill without mercy.

Clive Owen and Julia Roberts in a spy comedy. Two industrial spies join forces to get hold of some secrets.

Match valid for the quarter-finals of the World Cup.

TV series that tells the adventures of a specific section of the SWAT that operates in the city of Los Angeles.

Pierfrancesco Favino and Giuseppe Fiorello in a comedy. A talented guitarist decides to stage his disappearance in hopes of drawing attention to himself.

Miniseries about the life of an employee of the Brazilian consulate during the Second World War.

Another film in the saga with Robert De Niro and Ben Stiller, with Greg who will have to prove that he can be the new head of the family.