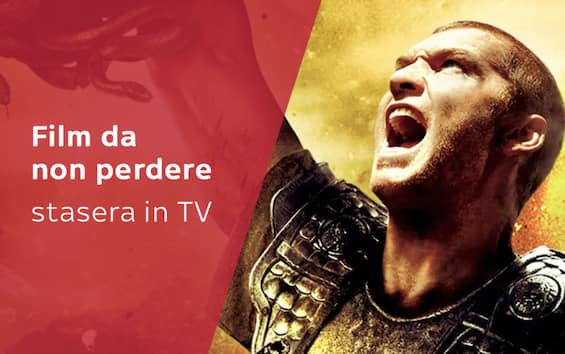 Molly Moon and the incredible book of hypnotism, 21:00 on Sky Cinema Family

Comedy in the sign of magic based on a well-known children’s best seller.

Claudia Gerini in a sports film. A young mother pins her hopes on her 12-year-old son to become a footballer.

The genius of the scam, 21:00 on Sky Cinema Comedy

Nicolas Cage and Sam Rockwell in an action comedy by Ridley Scott. A con artist has his plans thrown upside down by the arrival of his daughter.

Audrey Hepburn in the story of a small-town girl trying to make a career in New York.

Chris Pine and Kenneth Branagh in an action-thriller of great impact.

Clash of the titans, 21:00 on Sky Cinema Action

Mythological film with Sam Worthington as Perseus, the demigod who must avert the end of humanity and fight Hades.

Chloe Grace Moretz in a fantasy action. A girl and her little brother try to survive the alien attacks.

Colin Farrell in a Sky Original film. Members of a family have to deal with the malfunctions of an android living with them.

Quentin Tarantino directs a huge cast (among others, Kurt Russell and Samuel L. Jackson) in a thriller-tinged western.

The only witness, 21:00 on Sky Cinema Suspense

Thrillers with John Travolta. A teenager’s balance is upset by his mother’s new boyfriend.

Over 60 edition of the talent show The Voice, in which the singers will compete in front of the judges.

Documentary on the tragic story of Ermanno Lavorini.

Vanessa Incontrada deputy commissioner who solves cases by relying on her high ability to smell.

Sequel to a famous action movie starring Jason Statham and Jessica Alba. The girl is kidnapped from a hit man: there will be revenge.

New season of Antonino Cannavacciuolo’s adventures as he tries to get some restaurant businesses back on track.