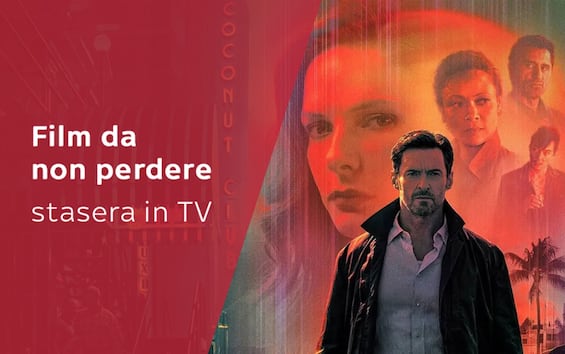 An Oscar Brie Larson in this film based on a true story. A maniac keeps a girl and her son locked up for years.

Robert De Niro and Ray Liotta in a masterpiece directed by Martin Scorsese that tells the story of the New York mafia.

Vicky and her puppy, 21:00 on Sky Cinema Family

Touching story of friendship between a mute girl and a wolf cub.

Friends as before, 21:00 on Sky Cinema Comedy

The film that marked the return of Christian De Sica and Massimo Boldi, together again after so many years.

A former womanizer falls madly in love with a woman: where can he go for love?

Second chapter of the action trilogy based on a novel.

Fragments from the past – Reminiscence, 21:00 on Sky Cinema Suspense

Tom Cruise and Gene Hackman in a legal thriller. A hopeful attorney moves into a new law office that will question his integrity.

The show conducted by Carlo Conti continues in which some celebrities change identities to develop some performances.

Appointment in the group stage of the 2022 ATP Finals tennis.

Riccardo Scamarcio in a road movie in which Massimo Popolizio also participates. After prison, a man tries to reconnect with his son.

The first film by Checco Zalone. A man flees Puglia with the dream of being a singer.

Ridley Scott directs Matt Damon in a film in which a man is inadvertently left on Mars: he will have to survive until he is recovered.