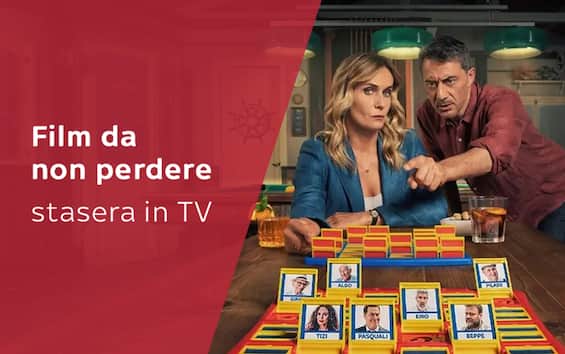 The BarLume crimes, at 21:45 on Sky Cinema Comedy

Tom Hanks, Paul Newman and Jude Law in a film about the Chicago Mafia of the 1930s.

By the sea, 9.15 pm on Sky Cinema Collection

Brad Pitt and Angelina Jolie in a marital drama. A couple faces the economic crisis.

Channing Tatum and Amanda Seyfried in a love story against the backdrop of 9/11.

Dennis Quaid in a martial arts movie. A legend wants to redeem himself after a bloody defeat suffered years later.

Robert Downey Jr. and Robert Duvall in a touching film in which a lawyer discovers that his judge father is accused of murder.

Jamie Foxx is a cop who comes into possession of a shipment of drugs, unleashing the fury of the criminals.

Tom Hardy and Charlize Theron in one of the best road movies ever, which takes up the saga of Mad Max.

The mystery of the house of time, 21:00 on Sky Cinema Family

Jack Black and Cate Blanchett in a children’s fantasy. An orphan is faced with an unexpected reality.

Sarah Paulson in a film inspired by a true story. Wheelchair bound, a girl discovers that her mother’s care hides an unexpected truth.

Sergio Castellitto protagonist of a miniseries in which he plays General Dalla Chiesa.

Max Giusti to run a format in which the head of an activity controls the progress of his company through disguises.

Television program that deals with dealing with the main political issues with guests and insights.

Prequel to the Lord of the Rings saga starring Martin Freeman as Bilbo Baggins.

Robert De Niro, Uma Thurman and Christopher Walken in a Sky Original comedy. A grandfather occupies the room of his grandson, who will do anything to reclaim his space.