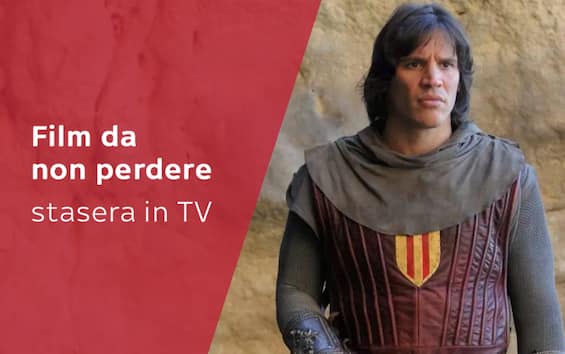 The executioner of the night, 21:15 on Sky Cinema Uno

Giovanna Mezzogiorno in a psychological drama. A woman returns to Italy for her father’s funeral.

Two men find themselves traveling in a hearse sharing their life experiences.

The movie that launched Jennifer Lawrence’s career. A sixteen-year-old girl must track down her father to avoid losing her house where she lives with her family.

On holiday on Mars, 21:15 on Sky Cinema Collection

Katherine Heigl and Josh Duhamel are forced to stay together for the love of a little girl.

Neri Marcorè in a comedy. The scion of a wealthy family starts a business but gets into trouble.

The Knight of the Holy Grail, 21:00 on Sky Cinema Action

Medieval adventure in which a knight travels to find the Holy Grail.

Naomi Watts in a thriller full of suspense. A child psychologist takes on the case of a missing child.

Tribute to the recently deceased screenwriter by Valerio Mastrandrea, Paolo Sorrentino and many others.

Richard Gere is a tycoon who is touched by a scandal that will expose all his secrets.

Sequel to the successful animated film Dreamworks. This time Po will have to fight the evil Lord Shen.

A prince finds himself collaborating in the creation of a Christmas show for children.

Documentary dedicated to the tormented life of the legendary singer.