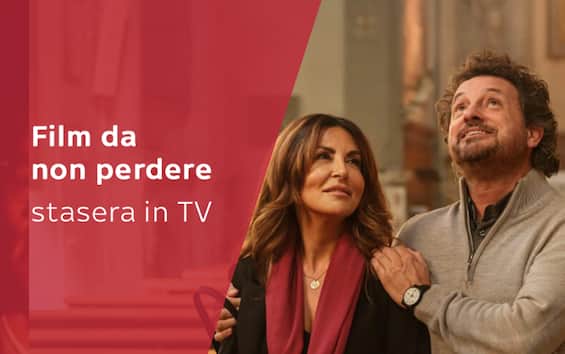 Liam Neeson and Ed Harris in action. After killing his longtime friend’s son, a former criminal must go on the run.

The Peacemaker, 21:00 on Sky Cinema Action

George Clooney and Nicole Kidman are a colonel and a scientist investigating a train wreck.

Everything was beautiful – The story of Paolino and Pablito, 9.15 pm on Sky Cinema Uno +24

Documentary on the life of the former footballer Paolo Rossi, narrated by Walter Veltroni.

Brad Pitt and Jonah Hill in a baseball biopic. A manager invents a revolutionary method to rebuild a team despite a small budget.

Joseph Fiennes in the story of the resurrection of Jesus seen by a tribune appointed by Pontius Pilate to watch over the body.

Julia Roberts and Lucas Hedges in a drama film. A mother welcomes her son back for the Christmas holidays after an experience in a recovery center.

Bill Murray in a Christmas comedy. A cynical TV producer is visited by three ghosts during the Christmas season.

Music in the heart – August Rush, 21:00 on Sky Cinema Family

Freddie Highmore is the protagonist of a story in which a boy tries to find his parents.

Leonardo Pieraccioni and Sabrina Ferilli in a comedy. A priest discovers that he has inherited a brothel in Switzerland.

Pierce Brosnan, Salma Hayek and Jessica Alba in a comedy. A philandering professor falls in love with his fiancée’s sister.

Fragments from the past – Reminiscence, 21:15 on Sky Cinema 4K

Gael Garcia Bernal in a thriller by M. Night Shyamalan. Some tourists on a tropical island begin to age rapidly.

After losing her working reputation, a woman is hosted by her former maid, where her brother lives.

Harvey Keitel and Sam Worthington in a biopic about an aging Belarusian mobster.

Documentary about areas of snow and ice on Earth.

Comedy with Christian De Sica and Massimo Boldi, set on Mars in 2030.

Teen movie in which a girl loses her boyfriend and is convinced that he is contacting her from the afterlife.

After 20 years the protagonists of the Harry Potter films meet again for a reunion event.

Match in the round of 16 of the English League Cup between the teams of Guardiola and Klopp.