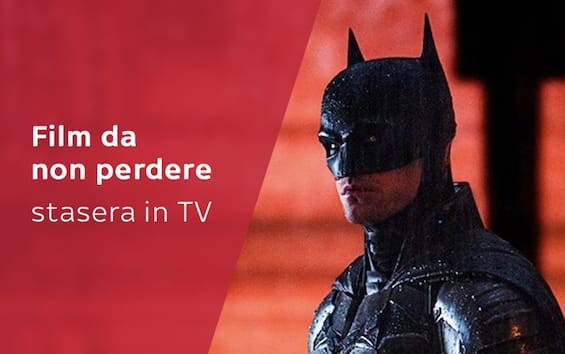 New Bat Man movie with Robert Pattinson. Batman must face the traps of the Riddler.

Survivor movie with Ellen Hollman. Captured by the narcos who killed her husband, a special agent will show her skills.

Claudia Gerini in the biopic on the journalist Federica Angeli, victim of retaliation for her investigations into organized crime in Ostia.

The war in Lebanon in a mosaic of memories and stories.

A great Viggo Mortensen in a family road movie, winner of the prize for best director and Cannes.

Sequel to a famous Christmas comedy. A man returns to his family’s house for Christmas but nothing goes as it should.

Comedy with Adam Sandler. A man agrees to father a friend’s son to impress his ex-girlfriend.

Alessandro Siani, Christian De Sica and Diletta Leotta in a Christmas comedy. To put Santa out of business, a corporation infiltrates a con man at the North Pole.

A magical story of an impossible love between a mermaid and a singer in the French capital.

A magical story of an impossible love between a mermaid and a singer in the French capital.

Daniel Craig and Nicole Kidman in a film based on a well-known novel.

The Lodgers – Don’t break the rules, 21:00 on Sky Cinema Suspense

This time Ruby has to deal with a terrible curse.

Kate Winslet and Idris Elba play two strangers who, after a plane crash, work together to stay alive.

Miniseries in which a novice raised among the friars will help a police captain in some investigations.

Another prime time appointment with satire, news and current events from the editorial staff of Le Iene.

Giovanni Floris to conduct this political talk, which deals with the current situation in Italy.

Morgan Freeman and Keanu Reeves in a thriller. FBI and criminals try to get hold of a formula that allows you to extract energy from water.