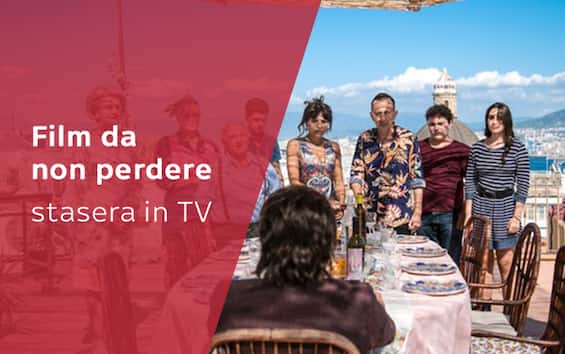 Josh Hartnett in a film set in the world of drugs. Three brothers start dealing drugs leading to a spiral of violence.

Sandra Bullock from Oscar in the film that traces the story of an African American adopted by a wealthy couple.

Will Smith in the true story of an event that shook the world of American football in 2002.

Something has changed, 21:00 on Sky Cinema Romance

Jack Nicholson is an obnoxious writer who will change his life after meeting a waitress.

Welcome to the Esposito home, 9.15pm on Sky Cinema 4K

Parody on the Camorra with Giovanni Esposito and Antonia Truppo, based on a novel.

Luca Bizzarri and Paolo Kessisoglu in a comedy. An indebted wedding planner has to plan a wedding but nothing goes as planned.

Bob Odenkirk in an action movie. Humiliated in front of his family, a man dusts off his fighting skills that bring out dark secrets.

Harrison Ford is a computer systems specialist who ends up under blackmail and is forced to rob the bank where he works.

Second chapter of the saga directed by Steven Spielberg, with Jeff Goldblum and Julianne Moore.

Cult film with the characters Looney Tunes and Michael Jordan. The basketball player ends up in the world of cartoons to save Bugs Bunny and company.

The lives of a poor boy and a Russian officer’s daughter are intertwined.

Remake of the Charlie’s Angels saga with Kristen Stewart and directed by Elizabeth Banks.

Whoopi Goldberg in a cult comedy. A witness to a murder is hidden in a convent and must become a nun.

Christmas comedy with Massimo Boldi and Biagio Izzo. A bumbling cook is hired to cater for the G7.

Sequel to the comedy film “Bruce Almighty” with Steve Carell and Morgan Freeman.

Trial thriller starring Richard Gere and a newcomer Edward Norton. A lawyer must defend an altar boy from a murder charge.

A woman rediscovers the Christmas spirit thanks to the memory of her grandmother and a special meeting.

Documentary about the love and creative contribution between John Lennon and Yoko Ono.