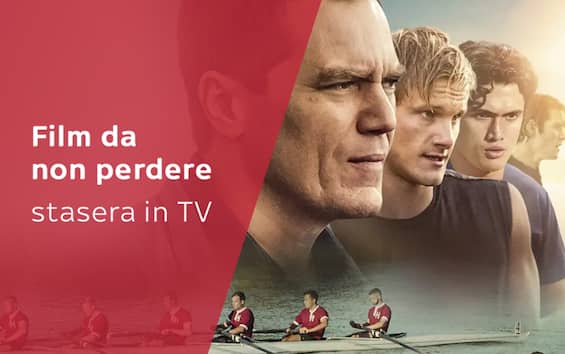 Claudio Bisio in a comedy in which a man, by chance, becomes Prime Minister.

A Christmas Number One, 9.15pm on Sky Cinema Collection

Aaron Eckhart and Catherine Zeta-Jones in a culinary comedy.

Choral comedy in which a funeral of an English patriarch is transformed into a theater of various follies.

Michael Shannon in a sports drama set in the world of rowing.

Giovanna Mezzogiorno in a psychological drama. A woman returns to Italy for her father’s funeral.

Sequel to the horror film in which the survivors of the first episode want to unmask the creators of the infernal mechanism.

Spinoff of the character who appeared in the Shrek films and voiced by Antonio Banderas.

Karl Urban, Sofia Vergara and Andy Garcia in an action. A former detective goes to jail unjustly and wants to find out who framed him.

Mark Wahlberg and Mel Gibson in a biopic. A boxer abandons his career and decides to become a priest.

Mark Wahlberg and Mel Gibson in a biopic. A boxer abandons his career and decides to become a priest.

Classic with Patrick Swayze and Demi Moore. The ghost of a murdered man tries to protect his girlfriend from him.

New space dedicated to the editorial staff of Le Iene to explore some topics in detail.

A writer, convinced single, will fall in love with his neighbor.