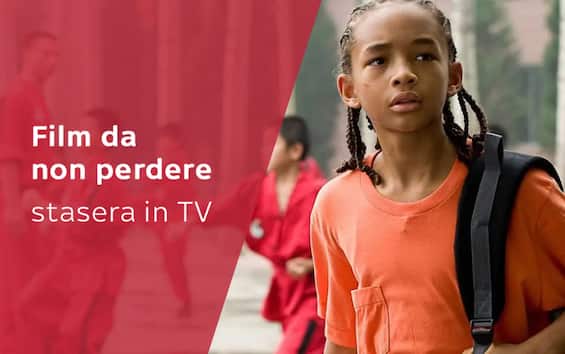 Particular transposition of the tale of Snow White by Tarsem Singh, with Lily Collins and Julia Roberts protagonists.

Saorse Ronan and Brendan Gleeson in a drama. A woman emigrates to the United States and falls in love with an Italian plumber.

Clint Eastwood directs Hilary Swank in the story of a boxer who wants to be trained by an old glory.

Diane Keaton and John Goodman in a Christmas comedy about a family reunited for the holidays.

Claudio Bisio in the comedy by Fausto Brizzi. A depressed lawyer enters a strange shop and finds the solution to his problems.

Second film in the series with Eddie Murphy, directed by John Landis.

The Karate Kid – The legend continues, 21:00 on Sky Cinema Family

Remake of the famous first film of the saga, with Jaden Smith and Jackie Chan as the protagonists of the film.

Nicolas Cage in a 2018 film. Two policemen find themselves in the middle of an armed robbery.

A beautiful and ambitious girl falls in love with her boss’s wife.

Eric Bana and Daniel Craig in a film about the 1972 Munich Olympic bombings.

Alessandro Borghi in a Sky Original film based on a novel. A man fleeing to the far North meets a woman who represents the only hope of salvation.

The incredible true story of Omar Camps, the founder of Open Arms.

Amadeus hosts the well-known quiz show, in this case combined with Telethon.

Document-event with Cesare Bocci acting as an exceptional Cicero through art in Italy.

Don Donato, now a cardinal, was called to Rome to assist his bishop uncle.

Conchita De Gregorio in a program on books and writers.

Aldo, Giovanni and Giacomo in one of the most recent theatrical performances, directed by Arturo Brachetti.