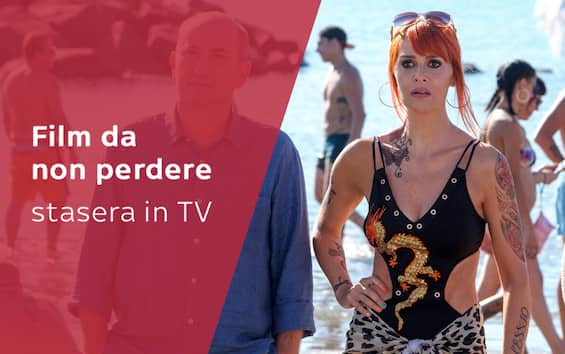 Sequel to “Qualunquemente”, with Antonio Albanese reprising the character of Cetto La Whatever.

Third and final chapter of the comedy-action saga with Leslie Nielsen.

Paola Cortellesi, Antonio Albanese and Claudio Amendola in a comedy film. An intellectual and a cashier want to end the story of their teenage children.

Matthew McConaughey and Jared Leto in the film that gave them an Oscar each. A man discovers he has AIDS and tries alternative drugs to recover.

Edward Norton protagonist and director of a noir-crime set in Brooklyn. A detective with Tourette’s Syndrome investigates the murder of his mentor.

Alicia Vikander, Dan DeHaan and Christoph Waltz in the film about a girl married to a merchant but in love with a painter.

Autobiography of Annie Ernaux winner of the Golden Lion in Venice.

Riccardo Scamarcio in the first work by Stephane Freiss. A young Orthodox Jew meets a man to rebel against her traditions.

A wedding planner travels to Alaska in search of a rare flower and is seduced by a local.

Kevin Bacon and Djimon Hounsou in an action. A killer hired to exterminate a gang that operates in child prostitution will discover a web of lies.

AXL: an extraordinary friendship, at 21:00 on Sky Cinema Family

A young biker comes across a robot dog on the run from the scientists who created it for military purposes.

Russell Crowe and Cate Blanchett in a cinematic retelling of the Robin Hood myth, directed by Ridley Scott.

Luis Enrique’s national team challenges the Japanese in the last match of its World group stage.

Claudio Bisio and Marco Giallini in a comedy. A psychoanalyst abandons his profession but his patients will try to change his mind.

New episode of the in-depth program conducted by Paolo Del Debbio, which deals with the current situation of our country.

Miniseries about the life of an employee of the Brazilian consulate during the Second World War.

All stages of the murder of little Yara Gambirasio.