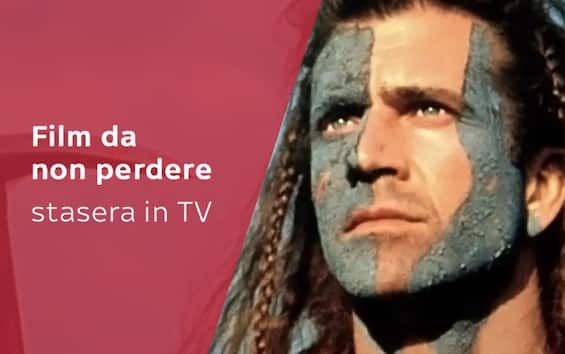 Christmas Trade – An exchange for Christmas, at 21:00 on Sky Cinema Family

Thanks to the spell of a stuffed animal, a father and son find themselves in each other’s bodies.

In debt to loan sharks, two friends pretend to be mediums but end up summoning 2 real ghosts.

Colin Firth and Emma Stone in a romantic comedy by Woody Allen. A rational conjurer and a medium grow ever closer.

The many saints of New Jersey, 21:00 on Sky Cinema Drama

Prequel film of the well-known TV series “The Sopranos”. Tony Soprano is introduced to the world of crime by his uncle.

On the eve of the French Revolution, a man and a woman open the world’s first restaurant.

Chris Pine and Kenneth Branagh in an action-thriller of great impact.

Mel Gibson in the historic film about William Wallace, Scottish hero who led his people against the British occupation.

First directorial film for Steven Spielberg. A man tries to outrun a trucker-stalker who is stalking him.

Erin Brockovich – Strong as the truth, 21:15 on Sky Cinema Due

Julia Roberts in the biopic about a law firm’s secretary who challenged multinational corporations to protect a community threatened by radioactive waters.

The show conducted by Carlo Conti continues: this time, however, the protagonists are strangers and not VIPs.

Corrado Augias leads to the discovery of the most beautiful and mysterious places in Milan, Florence, Rome, Naples and Palermo.

Clint Eastwood directs the story of a real terrorist attack by having the real men who foiled it play the protagonists.

Maria De Filippi is back with You’ve Got Mail, a television format that helps dialogue between people through the expedient of the post.

Third chapter of the saga, in which Gru goes on the trail of a former child prodigy eager for revenge.

Harrison Ford and Willem Dafoe in a film about the character of Jack Ryan.

A documentary that reconstructs all the events of the Costa Concordia tragedy.