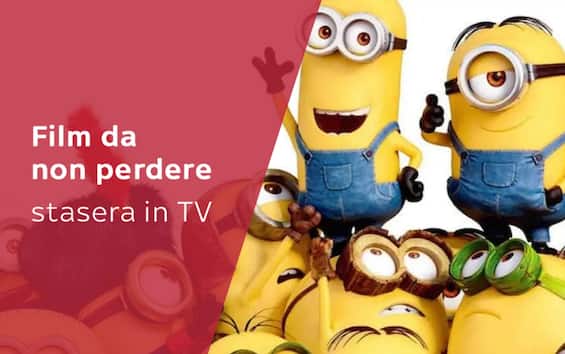 Love according to Dan, 21:00 on Sky Cinema Romance

Steve Carell in a romantic comedy. A man falls in love with a woman without knowing that she is his brother’s girlfriend.

A doctor forces his wicked and immature son to take care of a seriously ill boy.

Sandra Bullock plays a police detective who must participate in Miss America undercover to prevent a murder.

Kelsey Grammer and Julia Stiles in a hospital drama. A committee must decide which of three patients to donate a new heart.

Leonardo DiCaprio and Jennifer Connelly in a film about the civil war in Sierra Leone.

Quentin Tarantino directs a huge cast (among others, Kurt Russell and Samuel L. Jackson) in a thriller-tinged western.

Back to the Future, 21:15 on Sky Cinema Collection

First film of the historic trilogy with Michael J. Fox and Christopher Lloyd. A teenager and a scientist travel back in time.

Spinoff of the Despicable Me saga with cute creatures looking for the ideal master to serve.

Forest Whitaker in a political thriller. A colonel must avoid a coup organized by an unsuspecting general.

The show conducted by Carlo Conti continues: this time, however, the protagonists are strangers and not VIPs.

Corrado Augias leads to the discovery of the most beautiful and mysterious places in Milan, Florence, Rome, Naples and Palermo.

Clint Eastwood directs and stars in the film about the true story of an 80-year-old who becomes a drug courier.

Maria De Filippi is back with You’ve Got Mail, a television format that helps dialogue between people through the expedient of the post.

Once upon a time there was Prince Charming, at 21:20 on Italia 1

Due to a curse, a Prince has the power to charm all girls but to break it he will have to find true love.

One of the very first films about Agent Jack Ryan, starring Ben Affleck and Morgan Freeman.

Documentary on the rise of Elon Musk, brilliant and controversial character.